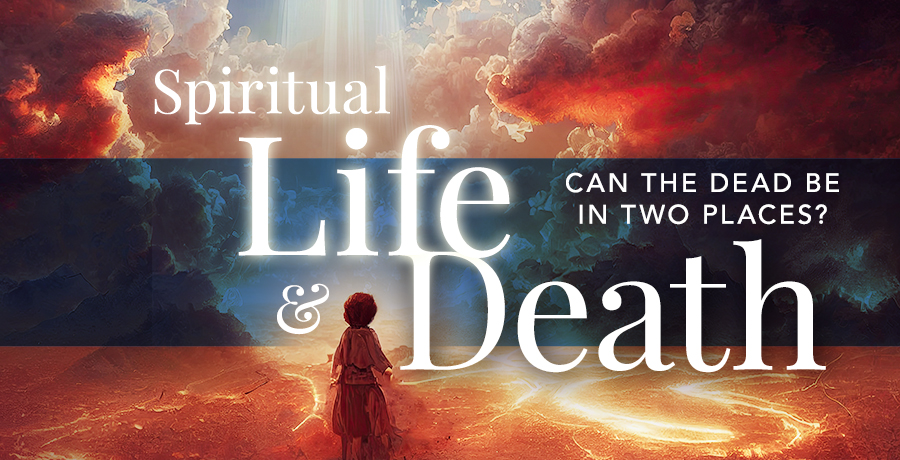 Halloween: Be Unafraid. Be Very Unafraid. 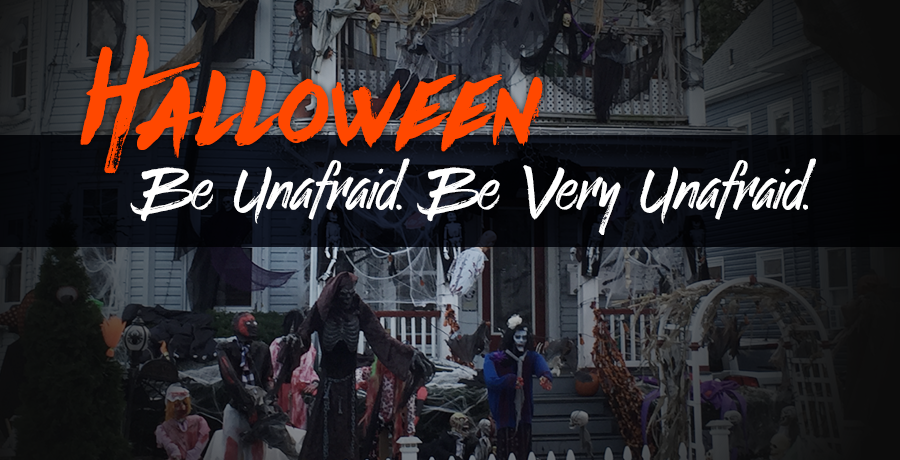 Across the street from where I’m staying in Boston, a skeleton is trying to climb through an open second-story window.

Two other skeletons are climbing onto the porch. A fetching auburn-colored wig seems to suggest one of the skeletons is a female. She and her friend appear to be trying to gain access to the house by taking a more direct route through the front door.

The porch of the house is festooned with enormous spider webs. Ghosts decorate the scene. At night, giant glowing eyes stare out of two windows.

You get the idea. It’s Halloween.

Further up the street, a giant skull adorns the gate to another residence. A small imitation graveyard contains gravestones saying “Rest in Pieces,” “I’ll be Back,” and “Come, Join Me.” A few blocks away, a family has what the sign calls a “Zombie Party” going on in their front yard. Several skeletons appear to be climbing out of the ground.

A couple of blocks over is the most incredible front-yard Halloween display I’ve ever witnessed. The front yard is a veritable forest of Halloween paraphernalia, and the house is decorated like I’ve never seen. Voices call from somewhere in the midst of mayhem, invitations to join the deceased and to “be very afraid.”

But it’s all fun, isn’t it? Kids of all ages enjoy dressing up in costumes, and some Halloween costumes are fun and creative. Trick or treating is a long-established and much-loved American tradition.

Happy Halloween, right? Wrong. The “harmless fun” Halloween represents for many people is predicated upon a lie, and exists to perpetuate a lie. Fun isn’t really the point of Halloween. Halloween is a celebration of spiritualism, the belief that the spirits of the dead survive bodily death and communicate with or even taunt the living. Scary!

But the fact is that Halloween is all bark and no bite. Halloween revels in the idea that the dead come back to life, that the dead haunt houses, and that immediately beyond death is life in another realm. The truth is, that’s not the truth. There’s not a single reason to be afraid at Halloween.

Why? Because the last person who can trouble you, frighten you, or haunt your house is a dead person. The Bible is plain about this.

Writing in the book of Ecclesiastes, Solomon stated, “For the living know that they will die, but the dead know nothing.” Far from being interested in climbing through your upstairs window, the dead are oblivious to anything at all.

No, the dead aren’t in heaven praising God. The Bible is unequivocal on that point. “The dead do not praise the Lord, nor any who go down into silence.” Paul taught that the dead sleep—see 1 Corinthians 15:51-55, 1 Thessalonians 4:13-18—and he did so plainly. Those who teach that humans possess an immortal soul or a soul that survives bodily death, owe their belief system more to Plato than to the Bible.

The creation story teaches—again, plainly—that human beings were not given a soul but that Adam was created as “a living soul” (Genesis 2:7, KJV). Without a soul that survives bodily death, we are left to conclude that the dead—who don’t praise the Lord and who know “nothing”—are not prowling around neighborhoods, or graveyards, or attempting to climb through second-floor windows on Halloween. They’re asleep. Should a person be afraid of the dead, of ghosts, and ghouls? No. Not in the slightest.

Vampires? No, of course not. Zombies? No. Things that go bump in the night? That depends on what those “things” are. But you can be certain they’re not the spirits of the dead.

Jesus Himself let all the air out of the Halloween balloon when He spoke to His disciples about their friend Lazarus. Jesus said: “Our friend Lazarus sleeps, but I go that I may wake him up.” The disciples were confused by this, “Then Jesus said to them plainly, ‘Lazarus is dead’” (John 11:11–14).

Halloween is a toothless tiger, and exists to perpetuate one of Satan’s biggest lies—the lie that the dead aren’t really dead. It’s an untruth that is setting people up for massive deception before the return of Jesus.

As Halloween comes and goes for another year, keep in mind what the Bible teaches about death. The key to life beyond this life is Jesus, “the resurrection and the life” (John 11:25). Without Jesus, nobody comes forth from the grave. With Jesus, “the dead in Christ shall rise” (1 Thessalonians 4:16). Our hope for life after this life is faith in Him.

And that’s nothing to be afraid of!