Gideon in the Dominican

This is the word of the Lord… “Not by might nor by power, but by My Spirit,” says the Lord of hosts. —Zechariah 4:6 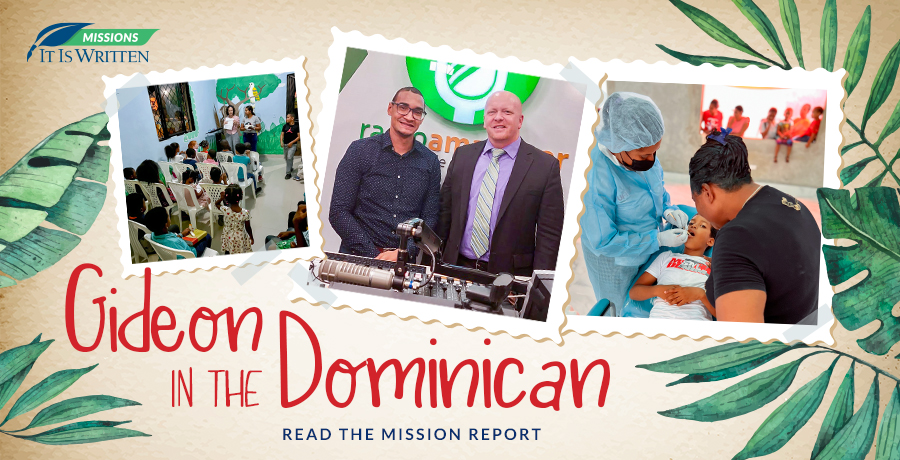 God is never limited by the number of people or resources available to accomplish His purpose. Over and over in Scripture, God does mighty things through little. He brings beauty out of ashes and glorifies Himself through the weak things of this world. He did this again during the It Is Written mission trip to the Dominican Republic in May. 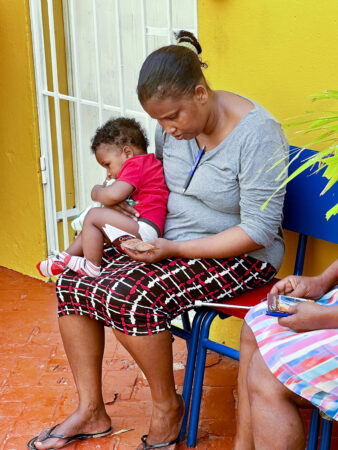 A woman reads the Christian literature she just received while waiting to be seen at the clinic.

It Is Written partnered with the Southeast Dominican Conference in an initiative to reach a previously unentered territory by the church. A church plant is developing, and the church building is almost finished. Our mission team partnered with church members to conduct a medical clinic for the neighborhood right in the unfinished church building. Hundreds waited patiently for the free healthcare offered, which included dentistry, general medical care, cardiology, neurology, pediatrics, and more. Patients also received gifted items of soap, toothbrushes and toothpaste, socks, vitamins, and much-needed medication. Every person received Bible-based literature, and many began asking questions immediately as they waited.

More than 600 community guests came through the clinic over several days, with more than 450 people saying yes to the invitation for Bible studies. The church is currently following up on those interests. Many people who came through the clinic will eventually become members of that new church family and worship in the building where they were first introduced to Jesus! 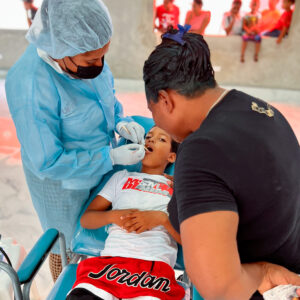 A boy is examined by the team dentist. 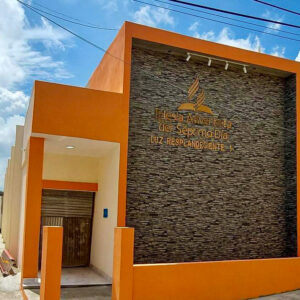 The mission team also funded and painted the newly constructed church inside and out, which significantly shortened the move-in date. The conference graciously dedicated the new building to It Is Written for substantially advancing this mission goal. A special thank-you to you, our Partners. Without your prayers and support, this trip would not have been possible. God receives the glory; we receive the joy!

In addition to medical clinics and church renovation, our team also conducted four evangelistic meetings and children’s programs. Several hundred attended the meetings, and more than 40 made decisions to follow Jesus in baptism! Hundreds of children participated in the nightly VBS meetings, and many learned about Jesus for the first time.

One young man made his decision after wrestling for several years. His hesitation was due to the impression that God was also calling him into full-time ministry. “I did not want to be baptized because I did not want to be a pastor,” he said. “Yet, God softened my heart through these meetings, and I surrendered to the call to be saved and serve others.” What a joyous moment! Another lady had been considering baptism for more than 10 years. God moved her heart through the preaching. She said, “Jesus is coming soon! I can’t afford to put Him off any longer. Christ is calling me now, and I am answering.” These are just a few of the 40+ testimonies of God’s greatness.

The conference also owns a radio station that reaches the entire country of 11 million people. It is the third most listened-to station of any genre, and several influential business owners and high-ranking government officials listen to the programs daily. I shared my personal testimony, “The Atheist Who Found God,” live on their afternoon program, and we received several callers in response. 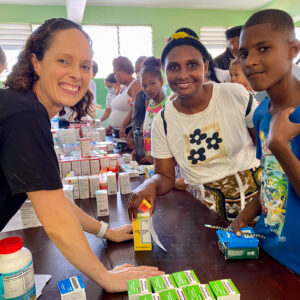 Marion Peppers and community members pose for a picture as they pick up medication.

Indeed, it was like Gideon’s army again! The Lord did mighty things through just a small handful. This trip was a prelude to a more significant effort in August 2023. The conference will celebrate its 25th anniversary with 25 evangelistic series. It Is Written will conduct another mission trip with clinics, VBS, and possibly construction. Pastor John Bradshaw will join, and his live evangelistic presentations will be broadcast on the radio station, reaching every home in the Dominican Republic!

We are also recruiting speakers for all 25 meetings. Perhaps God is calling you to be a part of this trip, a different one, or sponsor someone you know to go. We invite you to join us for a life-transforming experience! God is calling; are you ready?

Visit itiswritten.com/missiontrips for more information or to sign up. 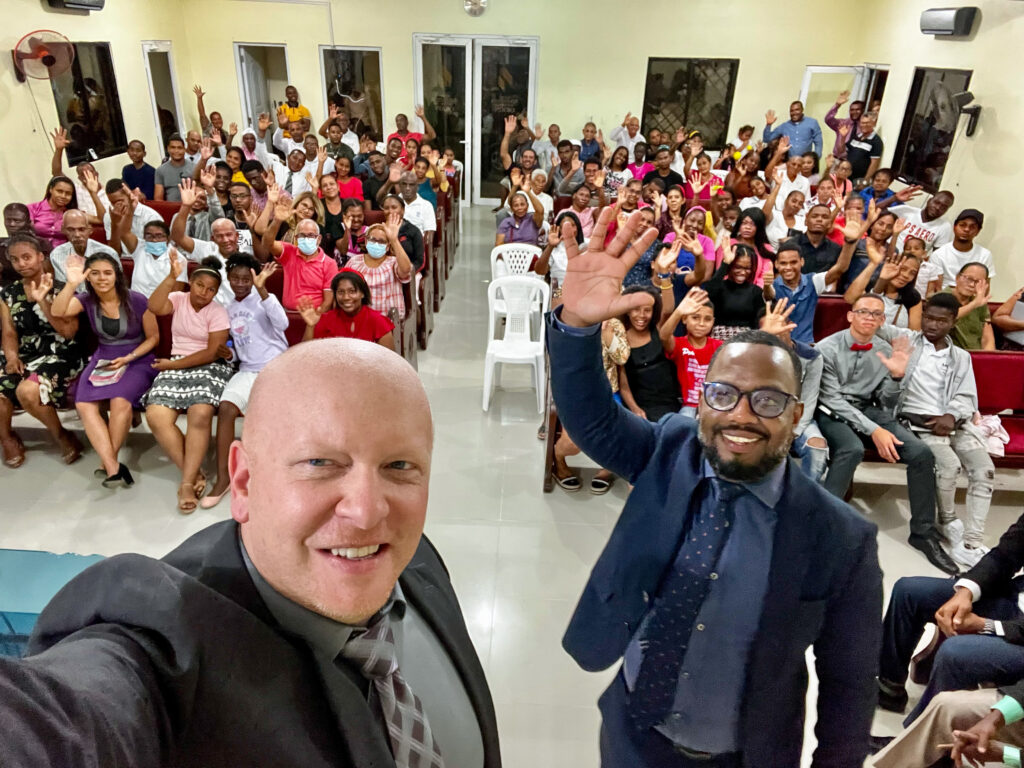