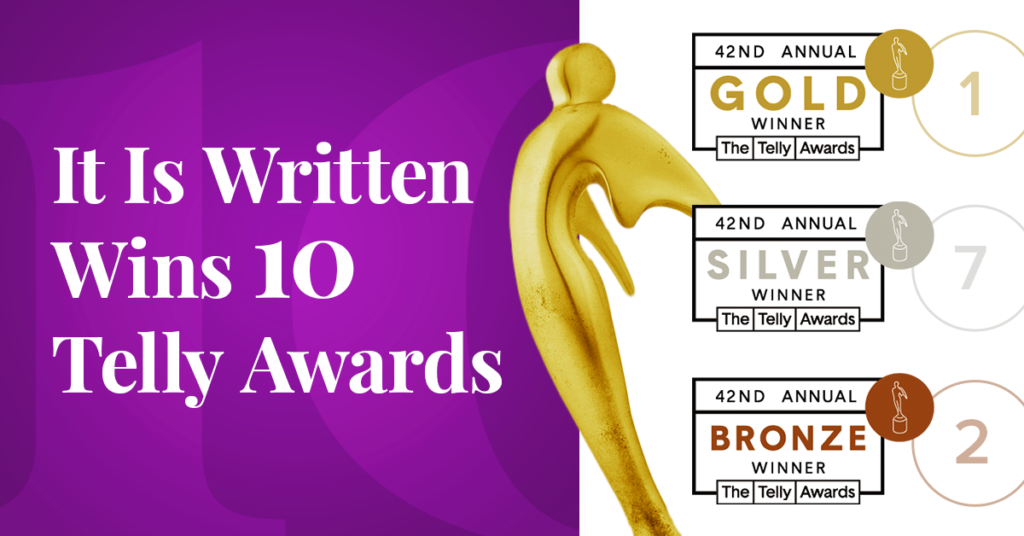 21 comments on “It Is Written Wins 10 Telly Awards”