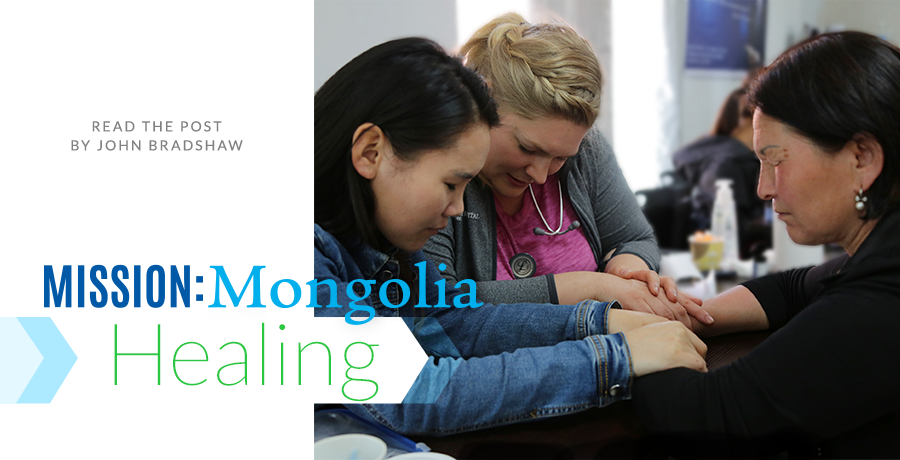 Our 120-strong team of medical missionaries has so far touched the lives of hundreds of people. Offering dental, vision, surgical, OBGYN, and numerous other services entirely free of charge, Ulaanbaatar has become a place of healing for many.

The highest aim for our medical missionaries is to share the love of Jesus—and that often happens in difficult circumstances.

Last night, several of our team were asked to make a house call. A 29-year-old mother was terminally ill with neck cancer. Arriving at the lady’s home, it quickly became obvious there was nothing our team could offer in the way of physical healing. Yet they were able to offer something even better.

“The woman’s Christian family members wanted us to pray for her and show her Jesus. So I spoke to her of a loving Creator God who made the world so we could come to know Him and live with Him forever.  I shared with her how the disobedience of Adam and Eve plunged the world into sin, but that God sent His son to forgive us of our sins and provide for us an eternal home.  I told her that just as He forgave the thief on the cross, He would also forgive her of her sins. I read John 3:16 and gave her a new testament we had all signed.  I reassured her of Jesus’ love for her and asked her if she would like to accept Jesus into her heart. She replied in English, ‘I would like to accept Jesus into my heart.’ I assured her Jesus was with her.”

“The family gathered around and we all prayed,” Dr. Guild continued. “The woman’s three-year-old daughter thanked me for praying for her mom!  That was special.  I never expected to make a hospice call on this trip, but to have a woman accept Jesus on her death bed and know she will soon sleep awaiting Jesus’ return was more than payment in full for making this trip. God’s blessings on these It Is Written mission trips just keep pouring in!”

Our hope and prayer is that everyone we reach would experience healing. But while physical healing, in this lady’s case, can only come as a result of a mighty miracle of God, the greatest healing has already occurred.

On the front lines in mission situations, the reality of the great controversy between Christ and Satan becomes obvious.

At one of our sites, a 19-year-old Mongolian man is assisting our team of medical missionaries as a translator. Our translators do an incredible work! His experience demonstrates how difficult it can be to be a Christian in Mongolia.

His father, a shaman (witch doctor) was training him to follow in his footsteps. As a boy, this young man did not want to emulate his father. At only 40 years of age, the father was white haired and old-looking, because—as the young man explained—shamans give their youth to to the evil spirits in exchange for power. Being a shaman was stressful for his dad because the neighbors would frequently come to him, asking him to curse and even cause the death of other people. Because his father was continually dealing with trouble, the boy wanted nothing to do with the shaman lifestyle. His father would often beat his mother and siblings, and was an alcoholic. When the father left the family, the young man’s life became much happier.

As the only Christian in his family, he lives apart from his brothers and doesn’t want them to know where he is. “They don’t know I’m doing this work for the church,” he told a member of our team. “If they did, I don’t know what would happen to me.”

He was baptized four years ago. When asked how he came to faith in Christ, he answered, “Guitar!” The church offered guitar lessons to neighborhood children and he and several others came into contact with the church through these lessons. “I was attracted to the church because Christians were happy, and they didn’t drink. I had seen the damage done by alcohol and didn’t want anything to do with it. Then I learned about God’s love for me.” Now he serves his church, and his life is heading in a positive direction.

Our team was interested to know how he learned English so well that he could act as a translator. “Cartoons!” he replied. “I watched a lot of cartoons!”

There’s much more to share with you from this city of bad traffic, terrible (terrible!) drivers, and miracles of God’s grace. Check back soon for another update from Mission: Mongolia. 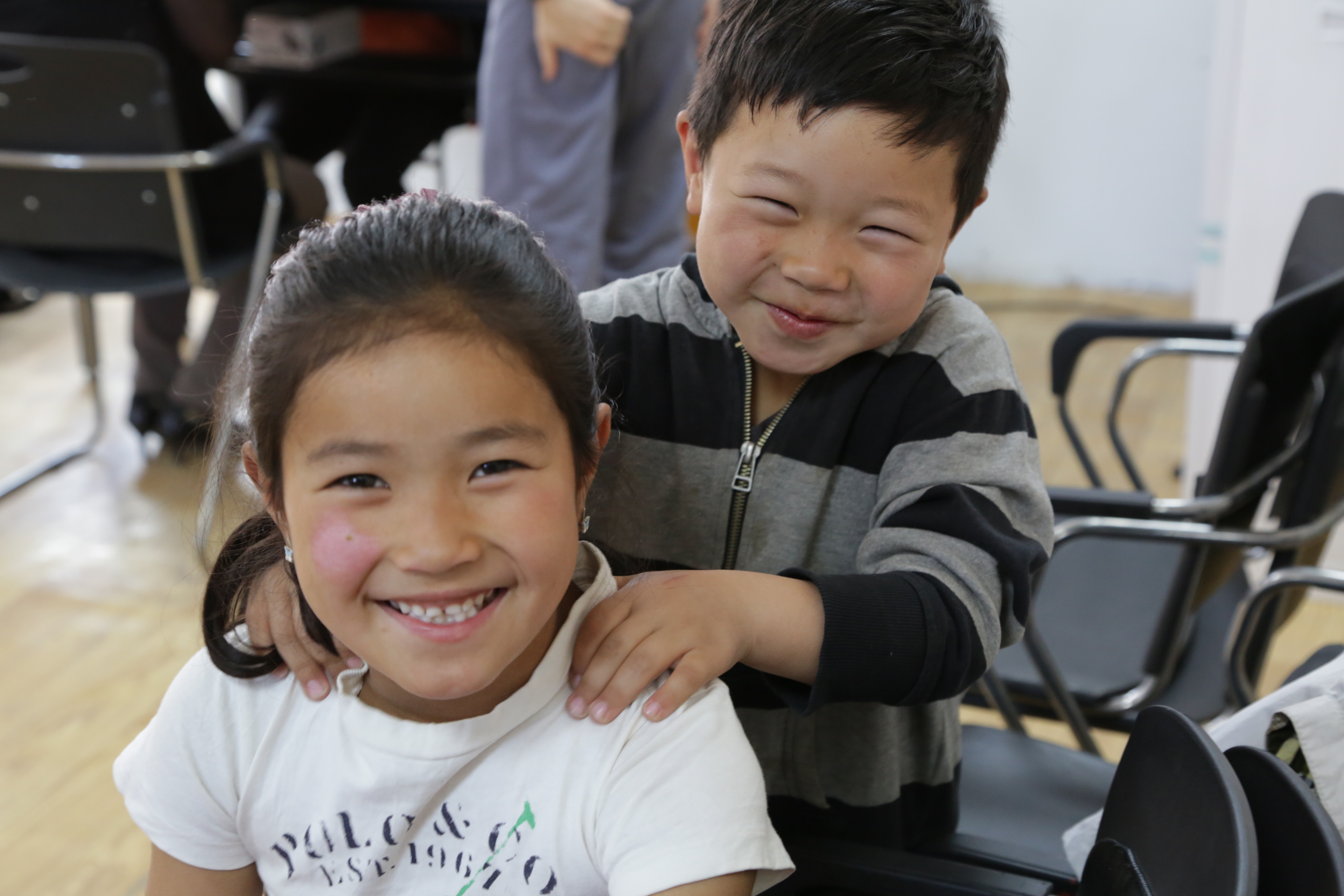 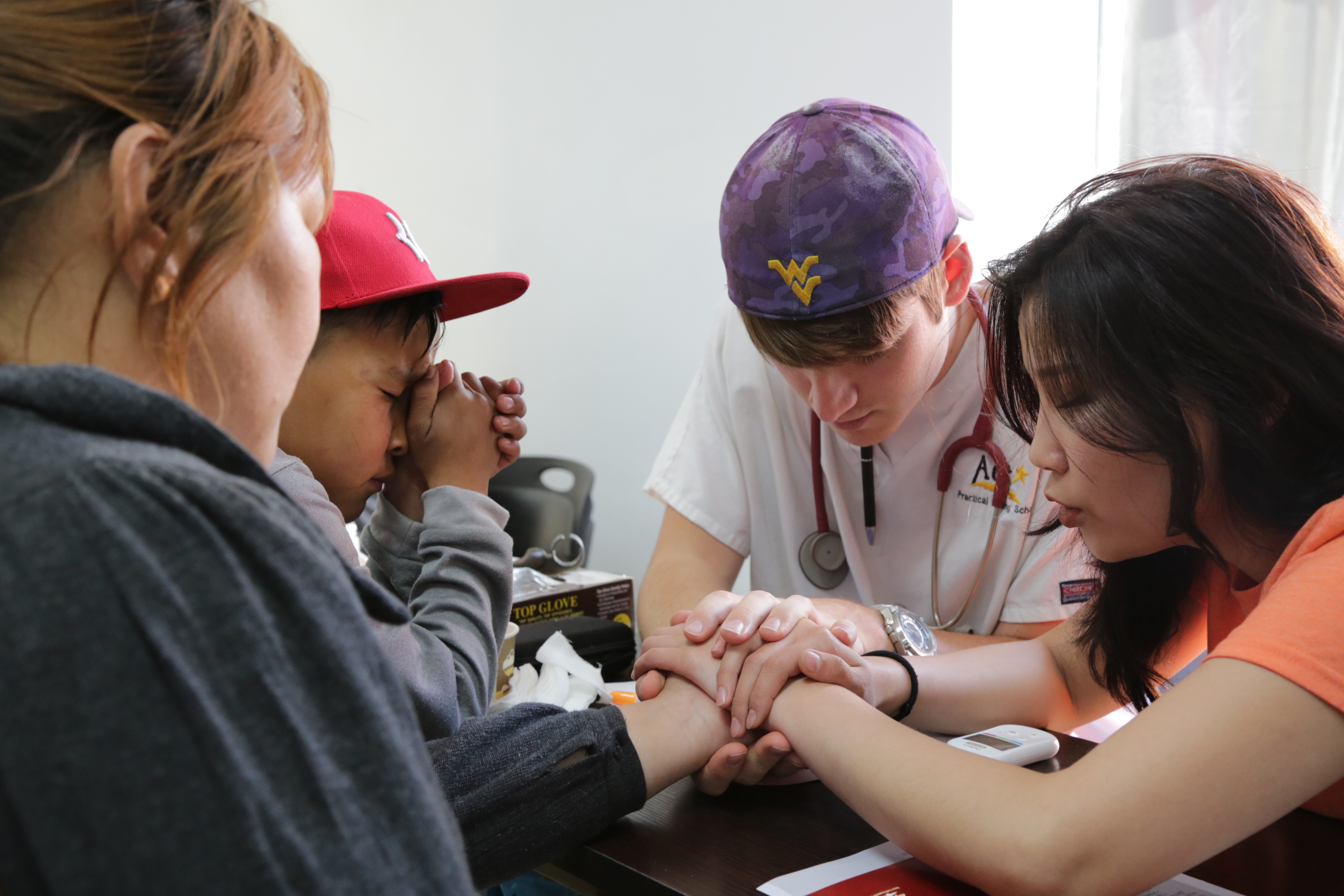