After years of planning and ministry, the culmination of Mission: Mongolia, a major outreach in the nation of Mongolia, is upon us.  Most of the 120 members of our medical missionary team have arrived in Mongolia and are now preparing to begin a major health emphasis in  Mongolia’s capital, Ulaanbaatar.

Mongolia is a fascinating country.  Almost the size of Alaska and with the population of Mississippi, Mongolia was once the seat of the largest contiguous empire in the history of the world.  The legendary Genghis Khan is still revered in Mongolia, a land which has recently begun to stake its claim as a significant player on the global stage.

For almost seventy years, Mongolia was a communist country.  In the early 1990s, a transition to democracy took place.  Today, about half – perhaps more than half – of Mongolia’s inhabitants live in Ulaanbataar.

Less than 3% of Mongolia’s population is Christian.  With the exception of Buddhism, the majority of Mongolians identify as having no religious faith.  While the challenges of sharing the gospel in a secular country like this are significant, the enormous need in Mongolia has driven our team to travel to this remote country to lift up the cross and proclaim the name of Jesus.

Starting Sunday, June 4, It Is Written begins a major health project in Ulaanbataar.  At several locations around the city, our team of medical missionaries will be providing a wide range of free health services.  In cooperation with city government, physicians, ophthalmologists, dentists, nurses, nurse practitioners, and many others will be ministering to thousands of people.  At the same time, evangelistic meetings will be held in the center of Ulaanbataar each night, giving people the opportunity to know Jesus as not only Healer, but as Lord and Savior.

Please pray for Mission: Mongolia, as our team settles in and prepares for a major initiative that will touch and change lives for the honor and glory of God.

To watch Mission: Mongolia, an It Is Written program on the situation in Mongolia, click here. 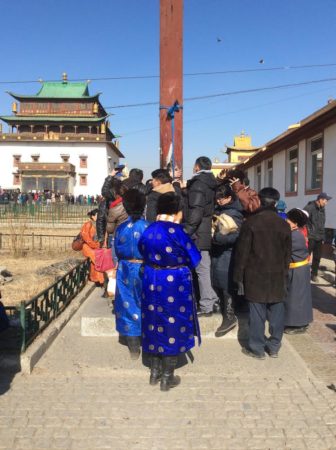