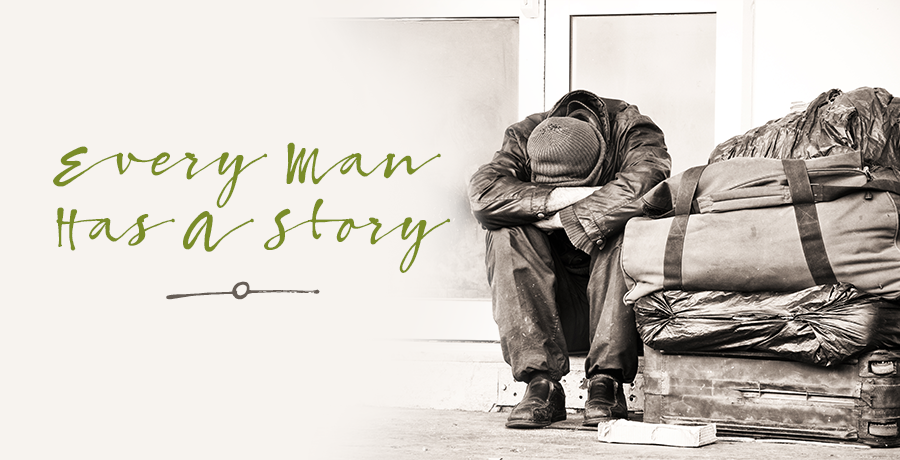 I read a news story about a newly-married couple who shared a piece of their wedding cake with a homeless man outside the church where they were married. It was a touching story—the man had lived on the streets for years and spoke of the unkind treatment he so often received. He thought the couple were going to chase him away, but instead received a piece of cake, kind words, hugs, and friendship.

The ensuing media attention on the homeless man’s plight saw more of the man’s life story emerge. He had a good upbringing in a religious home, he left his home country, joined the military, served with distinction, had some difficult experiences, returned home, developed a drinking problem, and wound up living on the streets. A place where more often than not he encountered derision and rejection and even outright hostility.

It’s easy to jump to conclusions about people. A criminal is easy to dismiss as worthless, or, as worth less, as a bad person. A problem child or a cranky old man are easy to judge without taking certain things into consideration.

The homeless man said something that struck me.

Jesus said in John 7:24, “Judge not according to the appearance, but judge righteous judgment.” It’s important to keep that in mind. It takes no skill at all to rush to judgment. It’s always better to learn the facts of a person’s situation. Better yet to do something to be help the person in question. It’s always right to be compassionate, no matter what.

“Every man has a story.”

What would the world be like if we remembered to remember that?