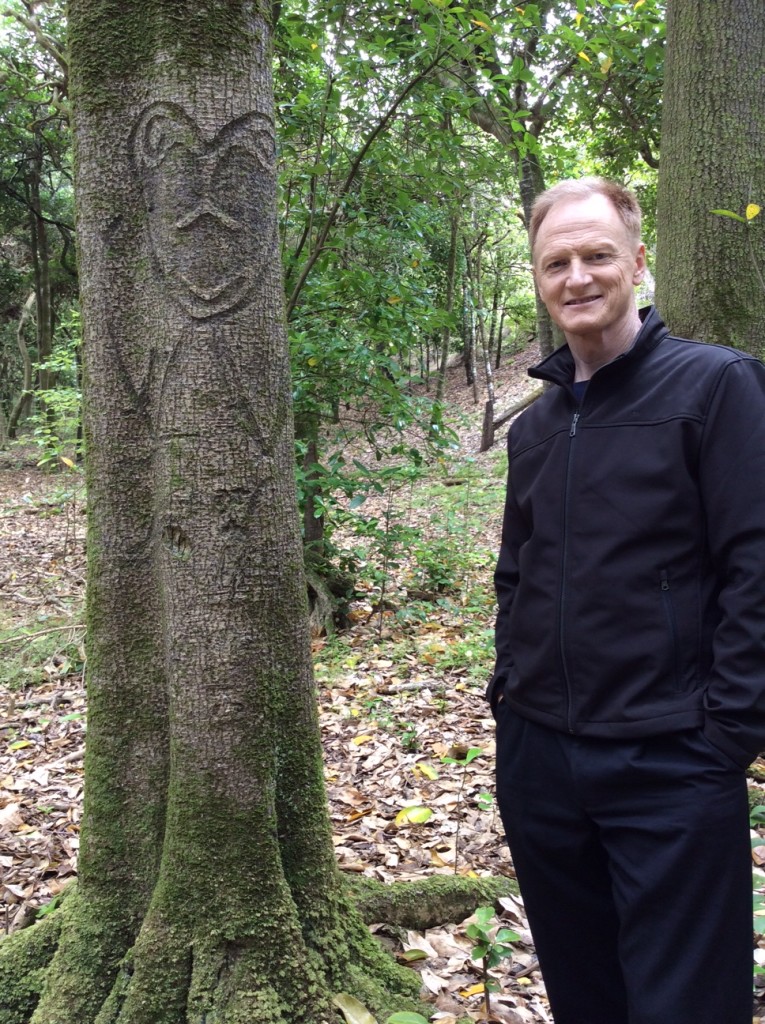 This year on Martin Luther King Junior Day I found myself on a small island few people ever visit, a place I never imagined I’d ever go. But given the day, there’s no place I would rather have been.

500 miles east of the South Island of New Zealand, Chatham Island—a third of the size of the state of Rhode Island—is the home of 80,000 sheep and cattle, and 600 people. It is also the site of one of history’s most remarkable demonstrations in favor of peace.

Hundreds of years ago the Moriori people arrived by canoe from Eastern Polynesia to become the indigenous people of an island they named Rekohu meaning “Misty Sun”—an allusion to the weather commonly experienced there. Guided by principles of non-violence, they established a peaceful society committed to harmonious living. When an influential islander named Nunuku witnessed fighting among a group of young men, he urged the establishment of a peace covenant which became the bedrock of Moriori culture. For centuries the Moriori lived under this covenant of peace. They couldn’t possibly have imagined that their commitment to peace would one day be tested in the severest way imaginable.

In 1835, groups from two Maori tribes (the indigenous people of mainland New Zealand) arrived by ship on Chatham Island. The Moriori welcomed the visitors and helped them back to health after their wearying journey. They went so far as to offer the visitors a home and a share some of the island’s resources. But the visitors weren’t interested in sharing the island. They were there to take it.

Recognizing their danger, the Moriori convened a council and discussed their options. Some urged they fight and resist the Maori and defend their society and culture, while others favored adhering to Nunuku’s Law, which for centuries had defined who the Moriori were as a people.

Ultimately the decision was made. Nunuku’s Law would be honored. The 2,000 Moriori would not defend themselves against the 900 Maori invaders—whatever the cost.

The Moriori were massacred. Hundreds were murdered, many were eaten (cannibalism was still practiced by some Maori in the 1830s), and many more were enslaved. By the 1860s, there were only 101 Moriori left alive.

In spite of the slaughter, the Moriori might well have reestablished their society had not the English justice system completed what the Maori invaders began. Appealing to then Governor George Grey, the surviving Moriori were confident justice would turn back the tide of violence and brutality and allow them to remake their devastated society. Their confidence in the English justice system proved to be misplaced.

There is a carved center pole in the meeting house at Kopinga Marae on Rekohu/Chatham Island that is inscribed with the names of the hundreds who perished during and as a result of the invasion. It is a powerful reminder of a bold stand taken by a people who placed a commitment to peace above a commitment to their own wellbeing.

The story of the cross is the story of a Savior who could have fought for Himself, but chose instead to die for a cause He considered greater than that of His own existence.

“Hereby perceive we the love of God, because He laid down his life for us: and we ought to lay down our lives for the brethren” (1 John 3:16).

Martin Luther King Jr. gave his life so that those who came after him could experience the freedom promised them in the Constitution.

Mohandas Gandhi chose a path that led to death so that others might experience a more meaningful life.

The Moriori of New Zealand’s Rekohu/Chatham Island laid down their lives because they believed in peace and non-violence.

As foolhardy as it is to fail to learn from these remarkable, heroic, historic figures, to fail to learn the myriad lessons of the cross is infinitely more so. To shun the cross and its privileges today would be akin to choosing slavery or opting for oppressive colonialism. To close our hearts to the gift given us at Calvary would be to consign ourselves to an eternity devoid of hope.

The Moriori died because they valued peace, and through their example offer an opportunity for humankind to choose peace in this world.

Jesus—the Prince of Peace—died to offer humankind the opportunity to know peace for eternity.

Martin Luther King Jr. Day means a lot to me. This year it meant even more.

P.S. Watch for the upcoming It Is Written program, “Nunuku’s Law,” filmed on location in New Zealand’s Chatham Islands. 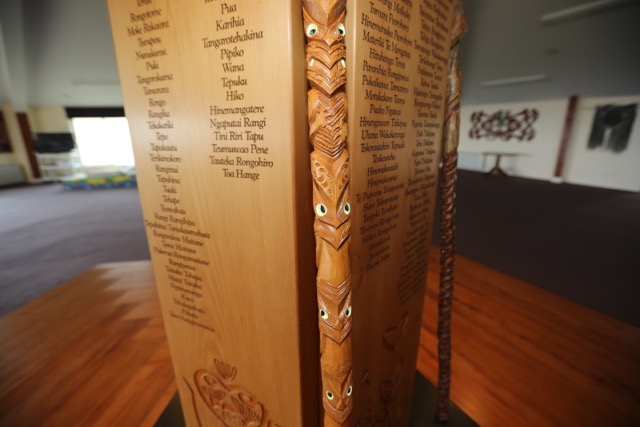 A specially carved pole in the Moroni meeting house on Chatham Island is inscribed with the names of the victims of the 19th Century massacre.