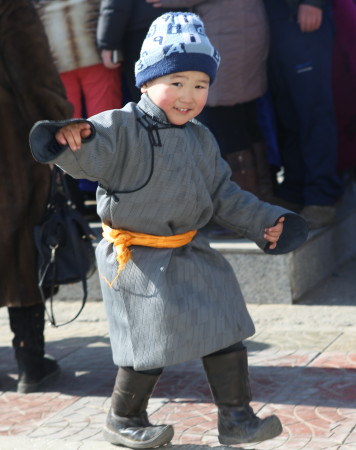 Mongolia, the land of Genghis Khan, is the 19th largest country in the world. In spite of its vast amount of land, the total population of Mongolia is barely 3 million people. Would you believe that over half those people live in one city?! That city is Ulaanbaatar, the capital of Mongolia. Many of these inhabitants live in gers, the traditional housing of nomadic people in Mongolia, without running water and electricity.

When communism fell and the Soviet military left the country, one of the sad legacies of the former regime was that there were no Christians left in the land. 23 years later, only 3% of the population is Christian. Most people consider themselves as either non-religious or Buddhist.

This fact makes Mongolia one of the most interesting places to proclaim the good news of Jesus. It Is Written is excited to be part of a three year project to introduce the people of Mongolia to Jesus.

Ulaanbaatar is the coldest capital in the world. The people endure eight months of cold weather every year with an average winter temperature of -13°F.

Mongolians have traditionally been nomads  who moved from place to place seeking new pastures for their herds. However, things are rapidly changing. Over the last few years people have been moving to the large city in droves with the hope of finding a better and easier life.  Consequently, the majority of the country’s population lives in Ulaanbaatar.

While living in rural areas Mongolians were able to enjoy the space that was provided by the vast plains of the country. Now, though, people live in a city that has an infrastructure for a fraction of the present population. The new inhabitants live in overcrowded conditions in an area called the “Ger District.” 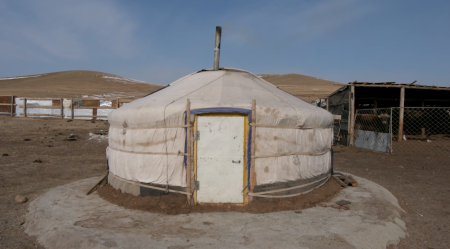 The term ger refers to the white circular tent that Mongolians have used as an abode for hundreds of years. It is a one-room tent with a central post and a stove in the middle, where people live, eat, and sleep. Multiple families often live in one ger. Most of the gers have no running water and so in the dead of the winter, -40°F, people have to fetch water from water stations.

The Amazing Grace, Yarmag, and Tolgoit Churches, where our teams of volunteers will be working, are located in different areas of the Ger District—ideal places for evangelism. Through medical evangelism we are hoping to make many friends for Jesus.

Over the next couple years It Is Written is organizing several medical mission trips to care for the needy and to promote a healthy lifestyle in Mongolia. The first of these trips will be this fall, from September 30 to October 11.

Mongolia needs you. Are you ready to be a blessing to a people who desperately need to know about Jesus? For more information please contact: