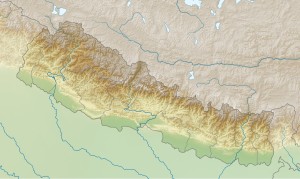 On April 25, New Zealanders and Australians observed ANZAC Day, the annual remembrance in honor of those who died in military service, and a time to show respect for all who have served their country.

This year’s ANZAC (Australia New Zealand Army Corps) Day was especially poignant as this year marks 100 years since the disastrous World War 1 battle at Gallipoli, Turkey where the ANZACs fought—and died—side by side. ANZAC Day isn’t celebrated. It’s observed. Thousands of people attend services at dawn on ANZAC Day where tears are often shed and relatives of the dead mingle with servicemen and women and dignitaries and everyday people who show up simply to remember.

But in reality, the entire day is a reminder of tragedy. War is a tragedy. Death is a tragedy. Conflicts are regrettable at best and disastrous by any other measure.

We live in a world of tragedy, and the disaster that recently befell the Himalayan nation of Nepal is a stark reminder of this inglorious fact. More than 5,000 people left dead, thousands more injured, massive damage done, the psychological trauma of living with the threat of aftershocks, and a people trying to figure out how life can ever return to “normal” after such a massive tragedy.

Of course there have been bigger tragedies, numerically. But to assess tragedy by such a measure is to forget that as well as affecting nations, tragedies affect people. Individuals. And whether there are two dead, more than 5,000 dead as in Nepal or 220,000 dead as occurred in the earthquake in Haiti in 2010, real people are forced to face tragedy on a daily basis. 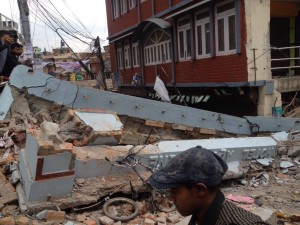 These are reminders to us that we live in a battle zone, and that Satan is the general of the enemy forces. Whether it’s ISIS brutalizing innocent people, a mentally unbalanced pilot downing a plane full of unsuspecting travelers, a ferry capsizing or a deadly earthquake in Nepal, the reason behind the constant stream of tragedy is always the same. In the words of Jesus, “an enemy has done this” (Matthew 13:28).

We live in a world that was never meant to experience death, or even sickness. We’re so used to existing in such a totally broken, dysfunctional world that anything else can be almost impossible to imagine. God’s original plan for the planet was that tragedy would never occur. But a rogue angel with malice in his heart beguiled our original grandmother into abandoning her faith in God, plunging the world into the misery we now endure.

And it’s everywhere. Heart disease, financial ruin, marital discord, racial prejudice, SIDS, substance abuse, pollution… What we accept as normal is anything but. Things aren’t meant to be this way. “An enemy has done this.”

But there is hope! Before he left the world Jesus made a promise He fully intends to keep. He said, “I will come again” (John 14:1-3). God has promised that there will one day be “no more death, neither sorrow nor crying” (Revelation 21:4) because “The Lord Himself shall descend from heaven… and so shall we ever be with the Lord” (1 Thessalonians 4:16,17).

Tragedy, on the scale that has ravaged Nepal, is a clear signal that we are living in enemy territory, and a sign that this Earth—as beautiful and tranquil as it can so often be—is not our home.

I’m writing from Edmonton, Alberta, where I’m currently conducting It Is Written’s Revelation Today seminar, an in-depth study into the Bible and in particular the prophecies of the Bible. On Sunday morning, one of my ministerial colleagues here received some tragic news.

On Saturday night, his 26-year-old son had been participating in a youth ministry event near the university he attends in the Caribbean. A first-year medical student, he was often involved in sharing his faith and using his musical gifts to bless others and point them to Jesus. But as he drove home that night after an evening of ministry, he was involved in an automobile accident that claimed his life. A 26-year-old with his future stretching before him was senselessly cut down in the prime of his life. He now awaits the resurrection, and his mother and his father—deeply committed believers in Jesus—are now faced with any parent’s worst nightmare: having to bury their child. 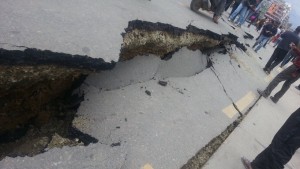 Why? “An enemy has done this.” This world, in its present state, is not our home.

We may live in enemy territory, but we live with hope. The people of Nepal may also have hope. While this hope does not remove the pain of tragedy and loss, it offers hope in the midst of hopelessness.

Jesus is soon to return to this Earth. Irrespective of circumstances—as calamitous as they may be—God holds out the hope of the return of Jesus. In fact, it’s more than a hope. It’s a promise.