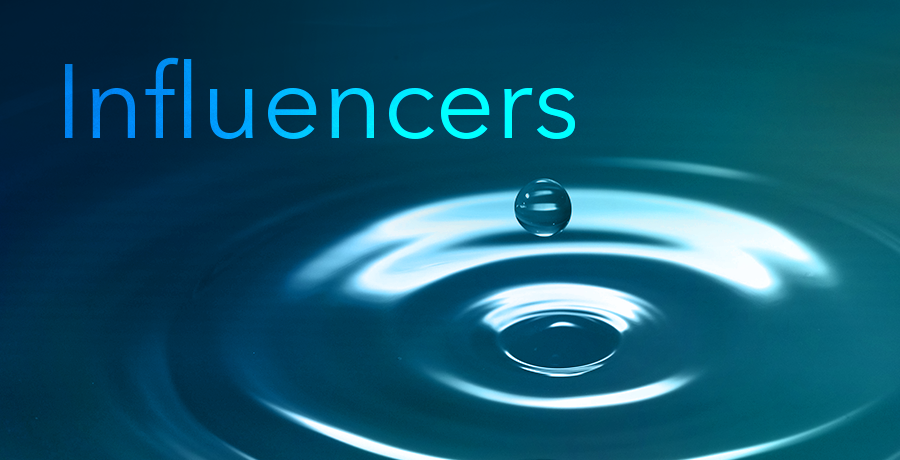 If you’re under 30 years of age, you’re far more likely to recognize them than if you’re over 30. If you’re under 25, the chances of you being familiar with these people increase even further.

Huda Kattan. Heard of her?

What about Cameron Dallas or Zach King?¹

They’re all “influencers,” social media sensations who have amassed millions–in some cases, tens of millions–of followers. They’ve built enormous followings who want to hear from them about makeup or fashion or pop culture. Having access to such a vast number of people means they have a lot of “influence,” which marketers are able to use to promote products or ideas.

It’s a new spin on an old idea. Celebrities have been used to sell products for years. OJ Simpson advertising rental cars, Peyton Manning advertising just about everything, and Michael Jordan endorsing basketball shoes are just a few examples of what we’ve become used to seeing. But now there’s a new breed of people–often not (initially) celebrities and often still in their teens–who have a loyal following and who use their influence over that following to affect not only behavior but also their bottom line.

But it’s not only social media sensations that have influence. Every person alive has a certain amount of influence over others. It’s not hard to think of individuals who have influenced you during your life. It might be a teacher, an employer, or a quiet, older person you knew at church while you were growing up, someone who affected you with their smile or their gracious words.

Influence is power, and it can be a power for good or evil. And while some people–such as politicians, business leaders, and celebrities–influence millions, the rest of us influence people in smaller ways. By how we carry ourselves, how we speak, how we act, and how we respond to others.

You don’t even need to talk to influence others. Everyone has had that moment when an angry person storms into–let’s say–a gas station, slams his or her money on the counter, speaks rudely, snatches their change, and stamps out. In that moment, the person in question influenced the room in a very real way. But a gracious person can exert an even more powerful influence whether words are spoken or not.

Acts 10:38 says, “God anointed Jesus of Nazareth with the Holy Ghost and with power, who went about doing good…for God was with him.” While Jesus healed and preached and taught, His ministry would have been of little ultimate effect had he not had such a powerful influence on those around Him. Jesus carried with Him the atmosphere of heaven, which is something anyone can do.

In the same way that it was obvious to the children of Israel that Moses had been in the presence of God, it will show when you’re living in connection with heaven. Jesus said in Matthew 5:14, “You are the light of the world. A city that is set on a hill cannot be hidden.”

I was speaking at a camp meeting in West Virginia when I had lunch with my friend, Jeff Blumenberg. Jeff is the Associate Trust Services Director at It Is Written. He told me that when he last ate at a certain restaurant, he asked the waitress a question as she brought his food. “I’m about to ask the blessing on my food,” he said. “Is there anything you’d like me to pray for you about?” “Yes!” she replied. “I have a big exam coming up in college. I’m nervous. I really need to get a good grade!” Jeff assured her he would pray.

It was several days later that Jeff and I went to lunch. We were seated at our table when the same waitress bounded towards us. “Hey!” she said, beaming with joy. She high-fived Jeff enthusiastically. “How’d the exam go?” Jeff asked. “I prayed for you.”

She will never forget the kind man who prayed for her. What might have been just another routine meal was transformed into an opportunity to influence someone in the direction of Jesus. And if Jeff had lived in that town, the relationship would undoubtedly have continued and provided him more opportunities to witness and share his faith.

How are you using your influence? When someone interacts with you, are they left feeling drawn towards God or… the opposite? God has given you influence. It might not be over millions of Instagram followers. Instead, it might be influence in your home, where you work, at church, with the delivery driver, or at school. With children or grandchildren that influence is great. With the Über driver or the FedEx guy, your influence might be smaller, but it’s still there.

You’ve seen what happens when you throw a rock into a pond. The ripples widen and increase, spreading out further and further.

Influence is like that. Character is power. The quiet witness of your life carries an influence, a power that reveals to others that Christ lives in you.

Use the influence you have to point people towards the God of heaven.

¹ Please note: Mention of these individuals is by no means an endorsement of them or their content.