From Then to Now: Life-changing Discoveries in Germany 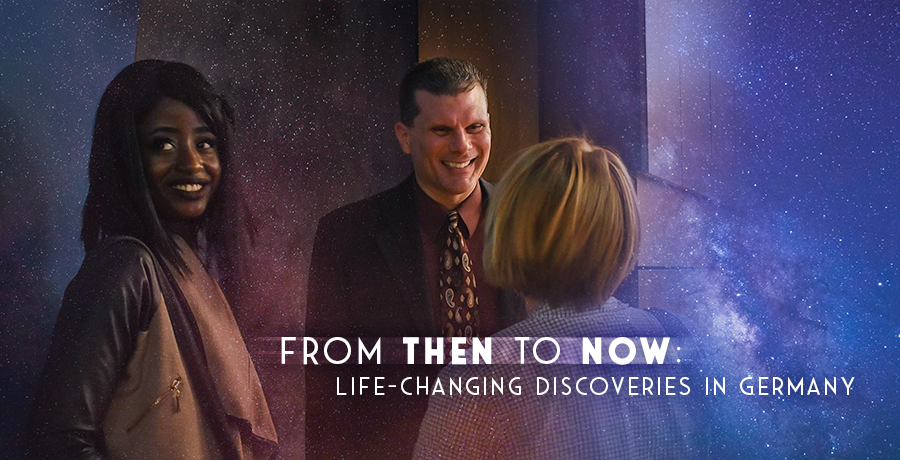 Discoveries have a habit of changing the course of history. Take, for example, a discovery made by Karl Benz. In 1885, he did something no one had ever done before: married an internal combustion engine with a three-wheeled carriage, and the automobile was born. I think we’d all agree that cars have come a long way since that first “horseless carriage” that had a top speed of 10 mph. Little did he know where that discovery would lead!

The first automobile, invented by Karl Benz in 1885.

Fast forward 133 years. In the same city where the multi-billion dollar Mercedes-Benz car company has its headquarters today, some other exciting discoveries are being made.

I recently spent three weeks in Stuttgart, Germany conducting an evangelistic series. Scores of people in that very secular city came out each evening to discover what life was all about. Entitled “Power. Faith. Hope.,” the series was designed to help people find answers to the big questions in life. And people responded.

Here are just a few of their stories.

Zehra and her family are from Turkey. She was raised in the Muslim faith, but it didn’t seem to be working for her. One day, she was walking through downtown Stuttgart and came across a literature table that had been set up by a local Sabbath-keeping church. What she read intrigued her, and she began attending church…and loved it! When the “Power. Faith. Hope.” seminar began, she was all smiles as she started to see everything fall into place.

Sam was an atheist who had been living in Iran. He felt something was missing in his life and started searching for meaning. His search led him down several wrong paths, and he ended up more discouraged than ever. When he came to the “Power. Faith. Hope.” seminar, he knew he’d finally found what he had been looking for and the smile on his face was proof of that.

Sofie was attending a Christian church, but she wasn’t finding answers to the deep, heartfelt questions that she had inside. Then a young man who had just finished training as a Bible and health missionary moved into the apartment above her. They started exchanging pleasantries as they would pass in the hall. He offered to give her Bible studies, and she loved them! Then he invited her to the “Power. Faith. Hope.” seminar, and all of the pieces finally came together.

The stories of Sam, Zehra, and Sofia are just a few of the many who have made decisions to step forward in their walks with Jesus and get baptized. There’s no question that the Lord is at work in Stuttgart.

Today, the automobile industry that Karl Benz began with his three-wheeled car is worth a whopping $1.7 trillion. But if you asked Sam, Zehra, and Sofia what their discovery of Jesus is worth, I imagine they’d tell you it’s worth a whole lot more. 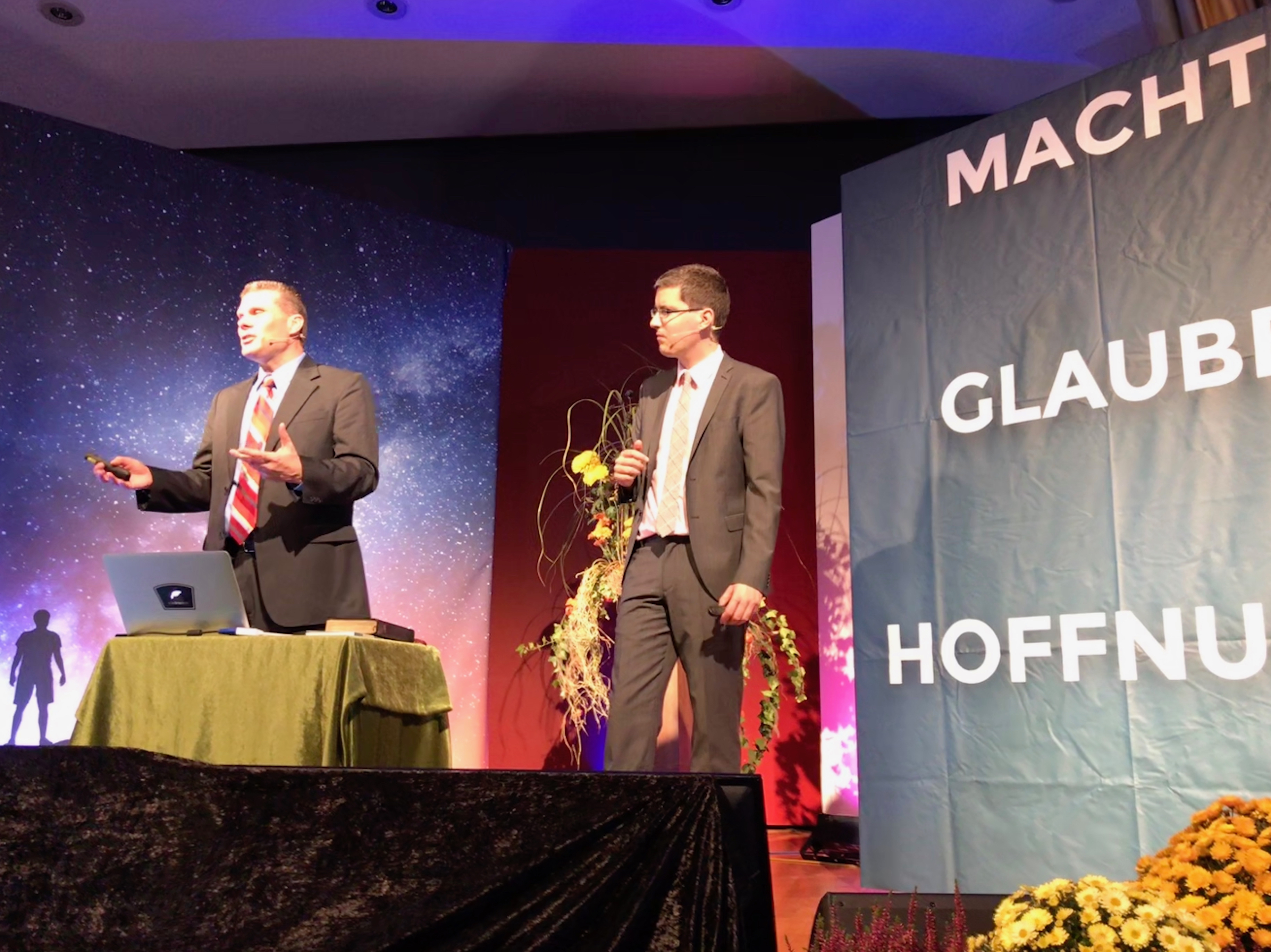 Pastor Eric Flickinger and his translator preach a sermon to the people of Stuttgart, Germany.