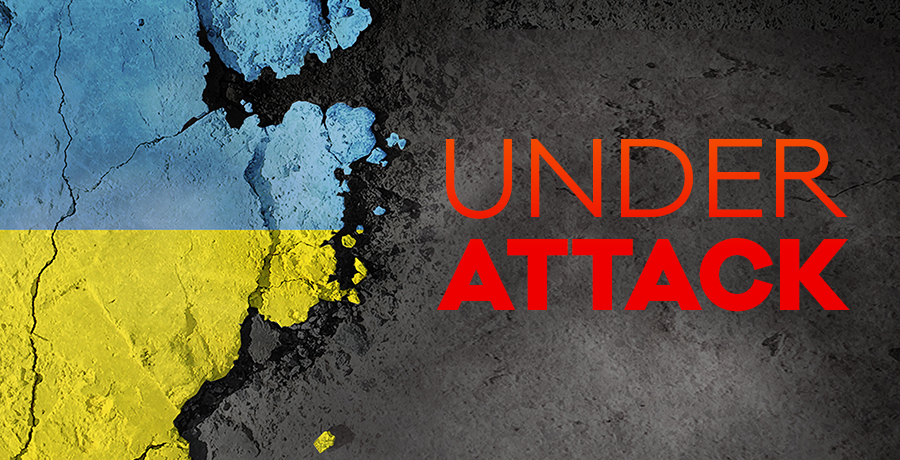 The truth is that what we have seen in recent days should not shock us.

I’m not suggesting images of tanks rolling into towns, bombs causing devastation, people fleeing their homeland, and of men going off to war with the possibility of never returning home should sit well with us. They should not. Nevertheless, we shouldn’t be shocked by what we see.

War has been a fact of life on Planet Earth for thousands of years. Every country on every continent has at some time witnessed war and its accompanying carnage. Our parents or grandparents lived through the horrors of World War II. Their parents witnessed World War I. Add Korea and Vietnam and the Gulf War, and the many wars not as visible to the Western world, and we realize conflict is a fact of life. A regrettable, bitter fact of life, but a fact of life nonetheless. This generation should not expect to avoid senseless sorrow on a massive scale. What generation has?

Although we understandably feel we should. This is 2022! Invasions, needless killing, and unprovoked aggression? Exactly. None of it makes sense, at least from where we view the world. But why should we be shocked when a larger nation invades its smaller neighbor? This is what nations do. It’s what they have always done.

Sanctions and weapons and fierce resistance and humanitarian aid are entirely appropriate at a time like this. But they won’t stop future invasions from happening, nor will they dissuade despots and dictators from doing what despots and dictators do. The war in Ukraine will one day be over, and before long another will begin. And when it does, we’ll ask ourselves the same questions again: “Haven’t we learned from the lessons of the past? How can one country do this to another? What about all the innocent people and the tragic loss of life?”

Ignoring the restraining influence of the Holy Spirit, rejecting reason, compassion, and mercy, it is human to dominate, to subjugate, and to take at the expense of others. What we see in Ukraine is the inevitable outworking of fallen human nature, sin showing its true colors like an outgoing tide reveals a rocky coastline. It was there all the time, the right circumstances enabling us to see what had been obscured from human vision.

We’re shocked by oppression, ambition, and greed? How easily we forget. This world has been shaped by such forces. Like a glacier slowly but steadily carving huge chunks out of a mountainside as it slides downhill, hostility between nations has shaped the geopolitical landscape of today. Animosity and violence are hardwired into the human psyche, and given time, will be expressed. With tragic results.

Less than halfway through the fourth of the 1,189 chapters in the Bible, a man kills his brother. Just two chapters later, wickedness fills the earth in such a measure that God is moved to say, “I will destroy man whom I have created from the face of the earth,” (Genesis 6:7). One chapter later, the planet is destroyed with a flood. Only eight people survive the deluge and its attendant destruction.

When the landowner in the parable stated “an enemy has done this” (Matthew 13:28), he was stating an eternal truth. The reason for destruction and devastation, incursions and invasions, suffering and adversity, is the corrupt human heart, bent away from the heart of God due to the cancerous influence of sin.

So how do we react in light of such a stark revelation of human brokenness? The world will endeavor to help the people of Ukraine with humanitarian aid. Weapons will be sent. Diplomacy will be undertaken. We genuinely hope such initiatives will relieve suffering and foster peace. But in addition to helping the people of Ukraine, the Christian believer must see in this conflict—in all such conflicts—a call by God to help the world. Followers of Jesus Christ possess the solution for all human misery and suffering: only the gospel can so radically alter a heart that thoughts of domination and conquest are banished.

Political and humanitarian responses to a global crisis are necessary. But if we want to see lasting change in the world, we will strive to shine the light of the gospel into the hearts of others. The world desperately needs a revelation of the power of the love of God. And it is essential to remember “the world” starts in our own homes, neighborhoods, and communities.

A friend once told me he stopped for gas on his way to commit suicide. It seemed to him life had become so completely hopeless he had no better option than to end it all. While he was walking back to his vehicle after paying for his gas, he heard a voice calling his name. A man he vaguely knew approached him. “What are you doing Tuesday?” the man asked him. “Would you be interested in attending a Bible study in my home?” My friend paused, considered the invitation, and accepted. He drove home, resumed his life, and looked forward to Tuesday night. Months later he was baptized. Today he is a lay leader in his local church, having been used by God for many years in Christian ministry, and very much alive. The reason? Someone intervened, someone reached out, someone followed the prompting of the Holy Spirit to invest in the life of another.

There’s a war raging in hearts everywhere. The great controversy between Christ and Satan is playing out before our eyes. As we see an armed conflict taking place in the world, we mustn’t forget the even greater war that is raging in hearts and minds, in the lives of defeated people who desperately need intervention.

How is God asking you to intervene? The victimized, the displaced, and the fearful need you. Right now. They’re all around you. Surely it’s time to do all we can to save God’s children.