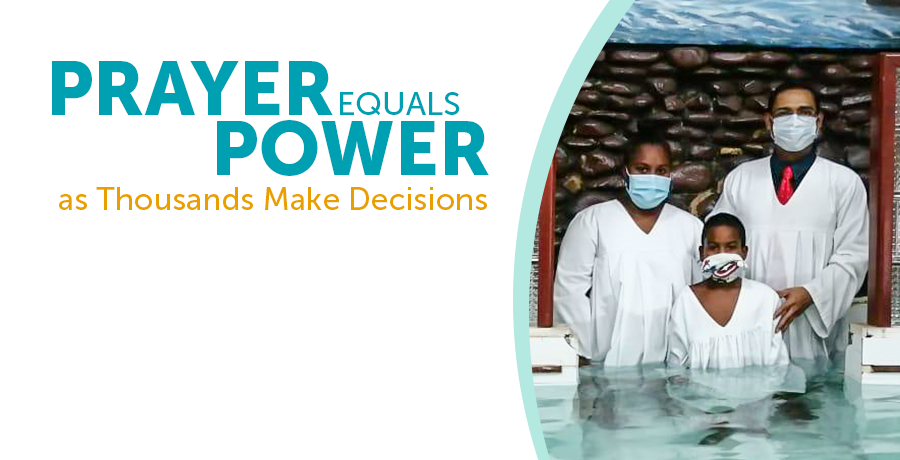 In April and May, Pastor Robert Costa, speaker/director for the It Is Written Spanish ministry Escrito Está held eight one-week, online evangelistic reaping series aired in over 16 million homes. As a result, millions of people had the opportunity to hear and accept hope in Jesus. Robert Costa filmed the meetings from his living room using his computer, an iPhone, two lights, one lapel mic, and a Bible.

The series were offered to countries in North America, Central America, South America, and Western Europe. Most meetings opened with a 5-10 minute health topic, and four of the events were translated into sign language. As a result, several thousand have been baptized or are preparing for baptism. Thousands are still waiting to be baptized when churches open.

Prayer was an essential part of these meetings’ success. In one area, more than 80,000 members prayed 24/7 for two weeks, and as a result, more than 1,500 baptisms occurred. In another area, six church groups joined forces and almost one million members invited their friends to the meetings. Church members were motivated to reach their friends even if they could only connect with them by phone.

On May 9, 2020, one of the series, Esperanza en Jesús (Hope In Jesus) aired in the United States. Others viewed from Chile, Ecuador, Mexico, and Guatemala. Robert Costa spoke nightly to thousands of people who viewed on YouTube, Facebook, and the Escrito Está website.

Throughout the week, viewers contacted the ministry sharing how they had been blessed (names have been changed):

Jorge and Luisa contacted us through WhatsApp. Jorge had recently lost his painting job and Luisa had just come out of the hospital and was recovering from a severe kidney infection. They don’t attend any church, but the current difficult situation made them both want to reconnect with God and study the Bible. They watched the entire series through Facebook. – Florida

Ademar, is a professional soccer player and captain of a soccer team in Chile. He grew up as a Catholic but now wants to be baptized because of what he learned from watching Esperanza en Jesús. He has already started observing the Sabbath and asks for prayers as many of the main soccer games are played on the Sabbath. – Chile

We received a prayer request during the meetings from Marta for her sister, Eldora, to seek God. She’s in an abusive marriage and has two children with autism. That same evening Marta contacted us again to let us know that Eldora reached out to her and wants to study the Bible. – California

Ricardo grew up in a Christian home where he knew about the Sabbath and the love of Jesus, but his life took a different turn. He watched Esperanza en Jesús because he wanted to come back to the Lord. Please pray for this searching young man. – New Jersey

Jair and Sabrina moved to a small town in Chile three months ago. They had left a life of alcohol and drugs behind. Their lives were changed when God spoke to them through the programs on Enlace TV. One of their favorite preachers is Pastor Robert Costa. When Pastor Costa offered a free subscription to the daily devotional, Una Mejor Manera de Vivir (A Better Way to Live), they reached out to Escrito Está and signed up.

The couple didn’t have a Bible, but they walked around their new town and found a Pentecostal church where they received one as a gift. Jair is very emotional about his new-found faith and is absorbing anything he can get. He and Sabrina didn’t miss a day of Esperanza en Jesús. Escrito Está is connecting them with a local pastor who can help them grow in their new found faith. – Chile

Camila contacted Escrito Está through WhatsApp requesting prayer. “I want my name to be written in the book of life. I want my sins to be forgiven and to dedicate my baby to the Lord, so that he can enjoy eternal life.” She was recently visited by a local pastor and gifted with a Bible. – Massachusetts

During the first nights of the meetings, a man named Angel asked for prayers for his son who had been kidnapped. He was watching Esperanza en Jesús in search of hope and strength as he faced such a difficult trial. Thankfully, by Friday his prayers were answered. His son was returned home safely. – Mexico

“My name is Juan and I live in Quito, Ecuador. Last week I was invited to join the online series Esperanza en Jesús by Pastor Robert Costa. The topics really touched my heart and made me turn to Jesus. I have been a Catholic my entire life…But this week my eyes were opened with a bright light and I realized the mistakes I’ve been practicing all these years. That is why I decided to contact you because I would like to study the Bible to get to know more. Thank you!” – Ecuador

“This is Valeria from Guatemala. I’ve been listening to sermons on your station for a while, but I’m an evangelical Christian. If I want to join your church, do I need to be rebaptized? I was baptized at age 17, but left the church. Now that I’m 29 I want to reconcile with the Lord. I’ve returned to church and started studying about the Sabbath and other doctrines. I want to walk with the Lord. My uncle is a leader from my church and he tells me that the Sabbath is for Jews, but God has convicted me that I should observe it. Please help me to contact a local pastor, so I can learn more.” – Guatemala

“My name is Andrés and I would like to thank you for the wonderful messages you share. I have a loving relationship with a Christian woman, but my family, who is not religious, doesn’t like her. My mom says that she is changing me. My relationship with my family has struggled and we’re distant from one another. When COVID-19 came to Guatemala, I never imagined the impact it would cause on the rest of the world. I became concerned about job security, expenses, and my existence. One day while I struggled with depression and anxiety, I turned on the TV and listened to Escrito Está for the first time. The message really touched my heart, and I continued listening to it in the following days. Finally, I made a promise to God and myself that I would give Him my life and put my relationship in His hands. Please pray for God to intervene and help me to restore my relationship with my family. God bless you and thank you very much! – Guatemala

Although the meetings are over, requests for baptism continue. Please pray for these people as they are reached by local church pastors.

To watch Esperanza en Jesús and other programs by Escrito Está, visit escritoesta.tv. 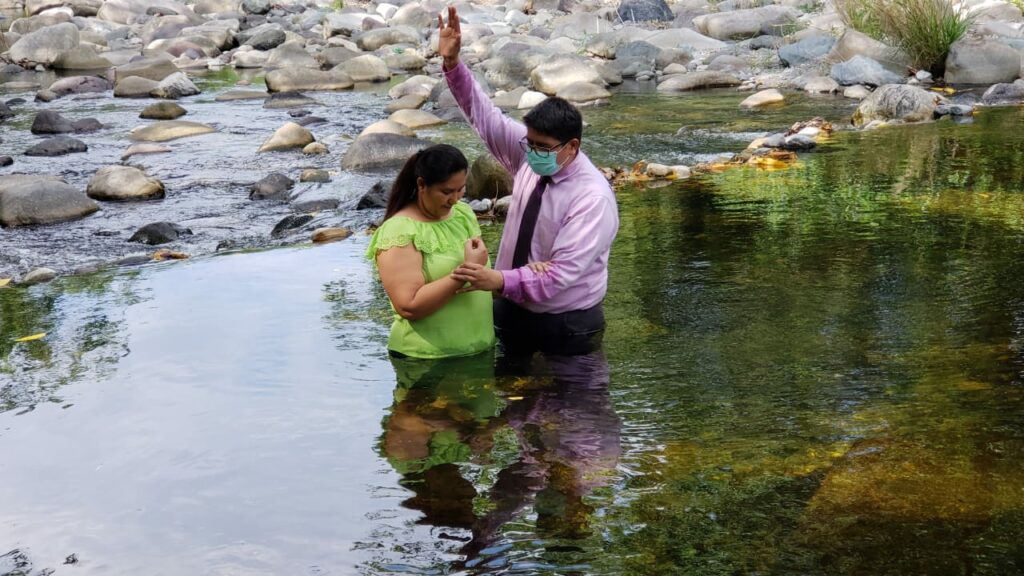 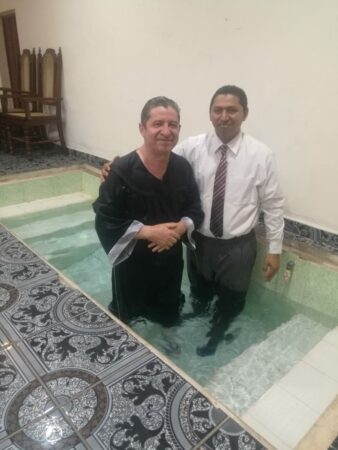 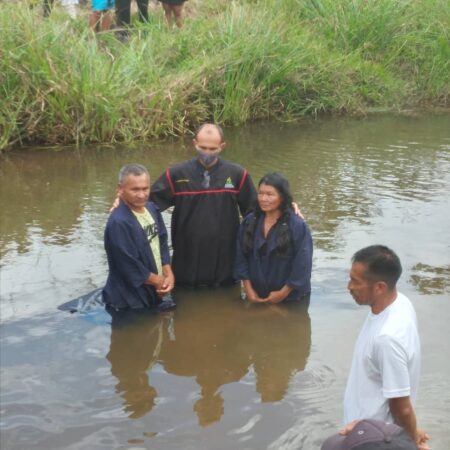 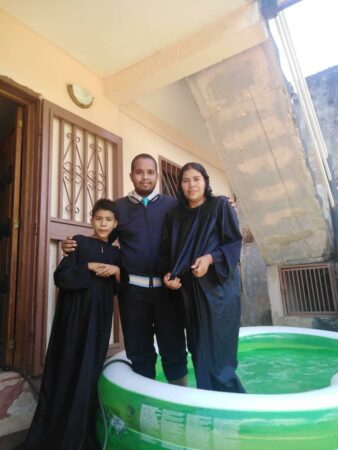