A number of common phrases in the English language came into use because of the Bible. “Under the sun,” “signs of the times,” “my brother’s keeper,” “the land of the living,” “the apple of his eye,” and “go the extra mile,” were all first written in Scripture. 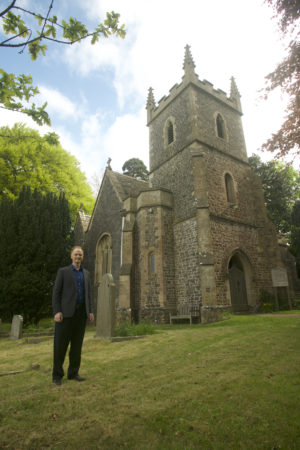 Not only are they all from the Bible, but they’re all from William Tyndale’s translation of the Bible. In 1536, Tyndale was executed in Belgium by the Catholic Church. He had fled England in order to translate the Bible, having been denied permission to translate the Bible into English. A law passed in 1408 made it a capital offense to translate anything from the Bible into English. One documentarian compared Tyndale to William Shakespeare, calling him a genius, such was Tyndale’s gift for languages and his astonishing ability as a translator.

Eighty-three percent of the New Testament and more than 75 percent of the Old Testament in the King James Version of the Bible was taken straight from Tyndale’s work. Tyndale was committed to getting the Bible into the hands of the people, and once said to an opponent, “I will cause the boy that driveth the plow to know more of the Scriptures than thou dost!” His commitment to translating the Bible meant he had to flee England, and he never returned. I’ve visited the spot just outside Brussels, Belgium where Tyndale was executed. It’s easy to forget today that in days past men and women were hunted, exiled, executed for possessing the Scriptures, and it’s easy to take for granted the blessing we have in possessing the Bible.

Psalm 1:1, 2 says, “Blessed is the man who walks not in the counsel of the ungodly, nor stands in the path of sinners, nor sits in the seat of the scornful. But his delight is in the law of the Lord, and in His law, he meditates day and night.”  Notice that wording. The Bible talks about people who aren’t merely interested in God’s word, who don’t simply acknowledge God’s word, but “delight” in God’s word. So how is it with you? Is God’s word a “delight” to you? You don’t want to take God’s word for granted. If you allow it to do so, it will change your life.

*Bible translator William Tyndale is featured in part three of It Is Written’s upcoming nine-part series on the Reformation, “500,” which debuts in October on television and online.