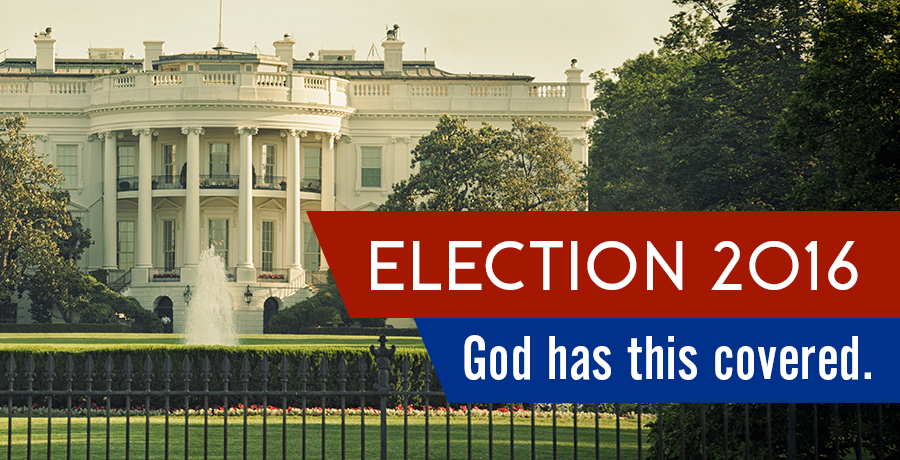 Two days after the greatest upset in American political history, President-elect Harry S. Truman was handed a copy of the Chicago Tribune. The bold headline on the front page read: “Dewey Defeats Truman.” The photo of President Truman posing with the newspaper has become one of the most famous political photographs ever taken.

The headline—printed several hours before the election results were in—reflected the feeling that ran through much of America at the time. Thomas Dewey, the Republican governor of New York, was unbeatable. Truman simply had no chance of winning the 1948 presidential election. 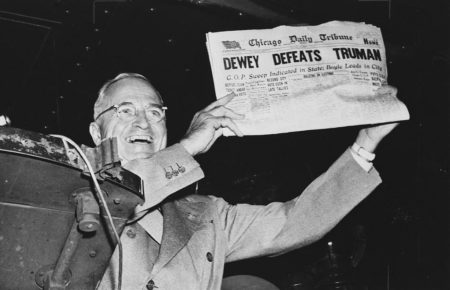 By election night several of Truman’s aides had left his campaign to accept jobs elsewhere. Truman’s poll numbers had been so low that some party officials at the Democratic National Convention wanted him dropped as their party’s nominee for president.

Truman simply wasn’t supposed to win against Dewey. But win he did—comfortably—in what was the greatest upset of all time.

As happens every four years, America is about to go to the polls. And again—irrespective of which candidate triumphs—the election result is going to be a massive upset for approximately half of the electorate.

It seems that every four years there’s a group of people who threaten to move to Canada if candidate “x” is elected President. What is a person to do if their candidate comes up short in this year’s presidential election? Is it time to shop for Canadian real estate?

It might be helpful to remember that the future of the United States doesn’t actually depend on who wins the race for the White House. The country does not elect a dictator every quadrennium. Our system of local, state, and federal politics means that no president can unilaterally impose his or her will on the American people. In all reality, it might be said that a president’s ultimate impact on life in the United States is not as remarkable as a presidential candidate might have you think.

Which is not to say a president’s role is unimportant. But whomever is sworn in as the forty-fifth president of the United States will not prevent God from ultimately fulfilling His will. Daniel told King Nebuchadnezzar in Daniel 2:21 that God “removes kings and raises up kings,” and said in Daniel 4:17 that, “the Most High rules in the kingdom of men, gives it to whomever He will, and sets over it the lowest of men.” Could it be that God is preparing to set Hillary Clinton or Donald Trump over the kingdom of men?

Stranger things have happened. In the sixth century B.C., Nebuchadnezzar spent 40 years or so on the throne of the neo-Babylonian empire. Nebuchadnezzar was a bloodthirsty, power hungry, megalomaniacal idol-worshiper. It was Nebuchadnezzar who sentenced his closest counselors to death because they couldn’t comply with a request that was both irrational and absurd. The contumacious Nebuchadnezzar built an image of gold in direct defiance of a decree of the Almighty, and boastfully said, “Is not this great Babylon, that I have built for the house of the kingdom by the might of my power, and for the honour of my majesty?” (Daniel 4:30).

Most people wouldn’t want someone with Nebuchadnezzar’s character anywhere near a position of power. Yet God called Nebuchadnezzar, “My servant” (Jeremiah 25:9; 27:6).

Lest you think God didn’t really mean what He said, God not only used Nebuchadnezzar to further the advancement of His kingdom, but also saved Nebuchadnezzar to be a part of that eternal kingdom. While Nebuchadnezzar was conquering nations, destroying cities, and bowing before idols, God wasn’t finished with him. God saw Nebuchadnezzar not as he was but as he might be through the grace of God.  God saw where Nebuchadnezzar fit into the big picture. He saw how he could affect the world in such a way that God would ultimately be glorified. As the wise man wrote in Proverbs 21:1, “The king’s heart is in the hand of the Lord, like the rivers of water; He turns it wherever He wishes.”

Christians have a remarkable capacity to smile sweetly and say “God bless you” on cue while at the same time espousing raw hatred for political figures1 Like them or not, Donald Trump and Hillary Clinton are children of God. Jesus died for them. While some might paraphrase David and say, “What are Clinton and Trump that you are mindful of them?”2 God sees in both candidates something so magnificent that He gave Jesus to die for them. They might not get your vote, but as candidates for eternity they get the vote of God. Whether or not Hillary Clinton or Donald Trump make it to the White House, God wants them in His house.

Whether or not Donald Trump or Hillary Clinton3 succeed in their run for this country’s highest office, God’s plans for this earth will not be hindered. The reaction of believers to the election result will speak far more of the depth of their Christianity than about the election result itself.

When the dust settles on this election, and the Obamas have moved out of 1600 Pennsylvania Avenue and the Clintons or the Trumps have moved in, the greatest challenge facing our country will still remain. Jesus urged His followers in Matthew 28:19 to “go… and make disciples of all nations.”

After the last vote has been cast in this year’s presidential election, the mission of the church remains unchanged. There is a world to win with the saving message of God’s unfailing grace.

Trump or Clinton? Clinton or Trump? Maybe even more than half of the population will be disappointed with this election result. But God won’t be taken by surprise. He still sits on the throne of heaven. He still knows the end from the beginning.

God has this covered.