May 2016
AUTHOR Ellen Metcalf
NEXT POSTVindication: God and Hillsborough—From Tragedy to Triumph
PREVIOUS POSTDay 7: Our Final Day in Mongolia 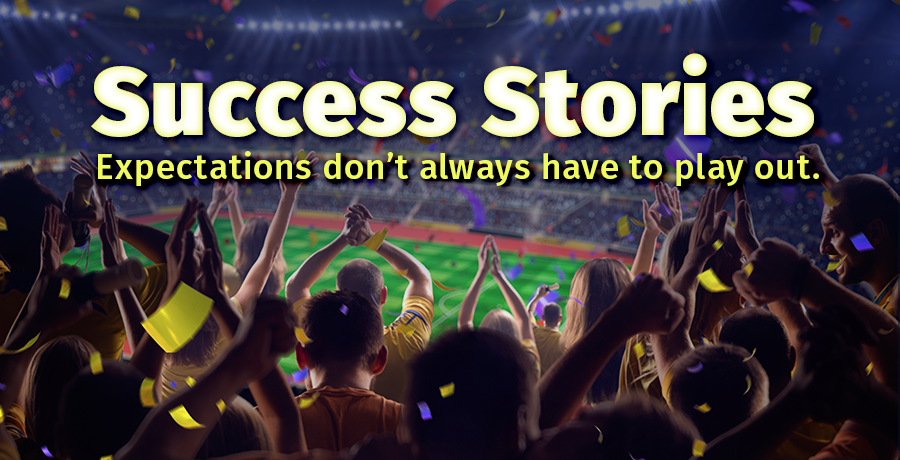 Since the early 1970s I’ve followed from afar the fortunes of Leeds United, a professional soccer (football) club in Yorkshire, in England’s North. Leeds have fallen far from the heights of their glory days in the ‘70s, and in recent times have achieved little on the soccer field.  They currently play in what is politely called the “Championship,” a rather grand name for what was once known as the Second Division.  This year they flirted with being relegated to the third tier of English football.

The biggest sports story of the year so far involves another under-performing English soccer team, and reveals that little guys sometimes do beat the big guys and that perennial losers can actually become big-time winners.  Two years ago, Leicester—a small club in a city of 330,000 people 100 miles northwest of London—was playing in the politely-named Championship. Thirteen months ago—after having been promoted—they were dead last in the Premiership and looking like they were headed back down a level. Yet today, they’re the champions of the most competitive soccer league on the planet, the most celebrated team on Earth.

Nobody at all expected Leicester to win England’s Premier League this year. Up against global soccer powers like Manchester United, Chelsea, and Liverpool, made up of an unlikely cast of under-achievers, and coached by a man who once coached Greece to a humiliating loss against the Faroe Islands—Leicester won the biggest club competition in global soccer with two weeks of the season still left.  Seven points ahead of their nearest rivals, they will be crowned English champions even if they lose their next two games. There has never been a sports story quite like this one. It’s impossible to imagine there ever will be again.

However, it is only sport and sport doesn’t matter a bit in the big picture. Truth be told, the influence of sport is far from all good and sport itself pulses with moral ambiguity. But Leicester’s amazing and improbable triumph is a remarkable story that would bear telling no matter its background or context. It’s a story of victory in the face of impossibility. It’s a sporting David versus a host of Goliaths—virtually any other team in the Premiership would have been expected to do better this year than Leicester—reminding us the script doesn’t always have to be followed. Expectations don’t always have to play out. The unlikely can happen and you don’t have to sink to meet the lower expectation of others.

The Bible says that all human beings are sinners, and deserving of nothing better than death. A sinner is a failure bound for eternal loss. The language in which the Old Testament was written describes the human heart as “incurable” (Jeremiah 17:9).  You could say “terminal,” and terminal is not good.

But read the book of Revelation and you find a group of people reconciled eternally to God. How in the world does a group of sinful losers find themselves wearing crowns of gold standing faultless before the throne of God?

This is where the story of the triumph of Leicester City falls short in portraying the experience of sinners looking for salvation. Jeremiah wrote in Jeremiah 10:23 that “It is not in man who walks to direct his own steps,” and in Jeremiah 13:23, “Can the Ethiopian change his skin or the leopard its spots? Then may you also do good who are accustomed to do evil.” In other words, there’s simply no way out of being lost for the sinner.

Except for one thing.

Whereas soccer players win because of hard work, commitment, and to some degree what you might call luck—the bounce of the ball, an opponent’s injury, or a rival team’s lack of form—sinners can’t try their way to heaven. Instead, victory is found in Jesus who gives us His righteousness, credits us for His own goodness, and “works in you both to will and to do for His good pleasure” (Philippians 2:13).

The Bible is full of the stories of failures who collapsed into sin. People like King Saul, Korah, Judas, and the Pharisees who stubbornly refused to yield to Jesus’ invitation of mercy. But then there are the myriad success stories. The woman at the well, the woman taken in adultery, Peter and Thomas and James and John (who thought it right to incinerate their enemies) and Saul who became Paul and…  And in every case, the loser, the defeated one, found victory not through his or her own skill or talent or hard work, but through faith in a Savior who can turn a life of failure into a life of success.

How is it with you? A sad reality of the Christian experience is that believers endure their generous share of down moments and regrets.  But where you have failed, Jesus can bring success. Where you’ve stumbled, faith in Christ will place your feet on solid ground.

Leeds United? That might be too much to hope for. But you? That’s a success story in the making!