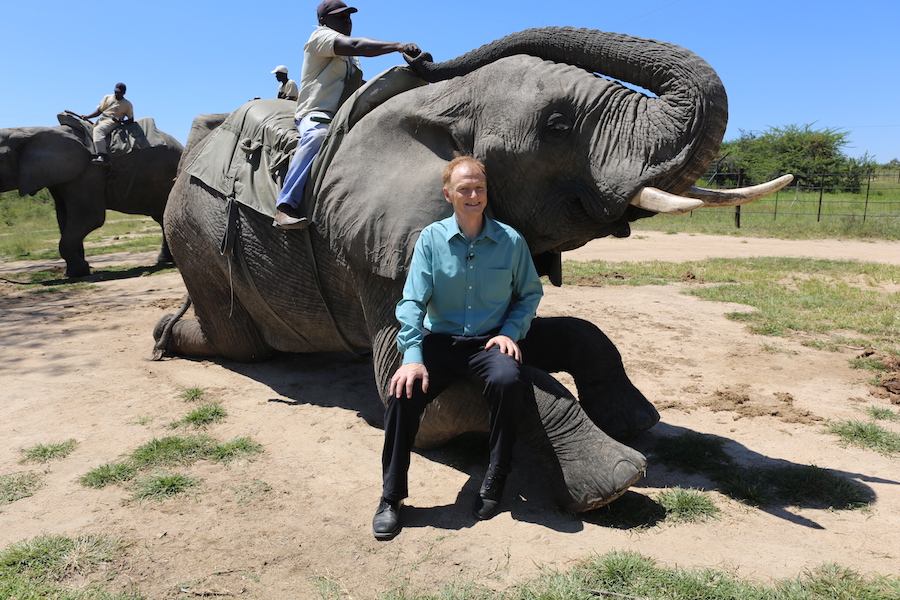 Beginning earlier in March, the It Is Written team has been conducting 10 simultaneous series of meetings around the city of Gweru, which is right about in the middle of Zimbabwe. I am preaching at one site, my son Jacob at another. The remainder are covered by Chris Holland of It Is Written Canada; Gary Kent of It Is Written Oceania; It Is Written Evangelism Director Yves Monnier; It Is Written Trust Services Representative Curt Dolinsky; SALT Director Alan Parker; and Pastor of the Chattanooga First Church Dave Tunnell. In addition to our team there are three local pastors covering sites. The people have been very gracious, and after a very wet start to the meetings, the weather is now perfect; 84 degrees during the day, clear blue skies and a gentle breeze at most. 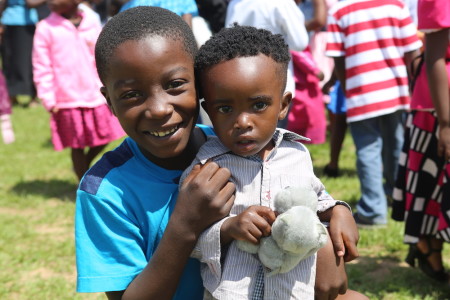 A young boy after he received his Beanie Baby.

Dr. Gordon Guild of the It Is Written team has been doing practical health presentations each night and the reaction has been very positive. He has also been doing children’s stories for 150 to 200 eager children, and his stories have been a highlight. For those of you who donated Beanie Babies, you will be happy to know that Dr. Guild has been diligently handing them out to children when they answer Bible questions during his stories.

The sermon presentations have been appreciated, and every evening we have people making decisions to accept Jesus and to be baptized.  Altar calls are now being consistently made and the response to the invitations has been encouraging for both church members and leaders.

The Spirit of God is at work here. A local city councilor has made a decision to be baptized, and many other people are coming out each night. Similar things are happening at all the sites.  At each location around the city we are seeing God do great things, and I’m extremely grateful He has made this event possible through the prayers and support of those who uphold It Is Written.  There will be several hundred decisions for baptism by the time the meetings have concluded, and each person is being carefully followed up and nurtured.  That part of the process is taken very seriously here.  At my site, each one who makes a decision for Christ is enrolled in a small group. 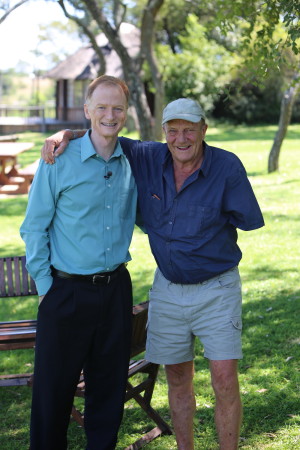 Myself and the owner of Antelope Park.

Each day a team goes into the community inviting people to attend the meetings.  The work done here is very thorough, and this is why we see the results we see.  The pastors have multiple churches and so the work of the church is done by church members.  One pastor told us that when he was in a rural district he had 79 congregations.  During a time of economic hardship, the pastors were not paid for two years, but God sustained them all.  There is real faith here, and incredible dedication to God, ministry, soul-winning, and the church.

We were able yesterday to film a television program at a local, private game reserve called Antelope Park. Antelope Park is a conservation park and they have a breeding program through which lions will be returned to the wild. Lion numbers have dropped precipitously in Africa in the last 40 years. The owner, a man we interviewed, has one arm. He had two arms until, yes, a lion got hold of him.  A sobering warning.  You can’t ever let your guard down with these big things, which is one reason Satan is referred to as a lion.

Filming with lions and lion cubs was a special experience, and very much in the tradition of It Is Written, which has featured tigers and lions in broadcasts in years gone by. Walking with two-year-old lions, petting them and even holding them by the tail was almost surreal, and it will make for compelling television to share Jesus. .

We plan to film another television program while we are here, at Great Zimbabwe, the old ruins of a kingdom from the 12th to the 15th century.  That’s where Zimbabwe derives its name. We will go there during the day to film, then come back in the evening to do the meetings.

Pray for us and the work we are doing here. May God be glorified! God bless you wherever you are.

Thank you for your continued support of this ministry.

P.S. Enjoy these photos from our visit to Antelope Park: 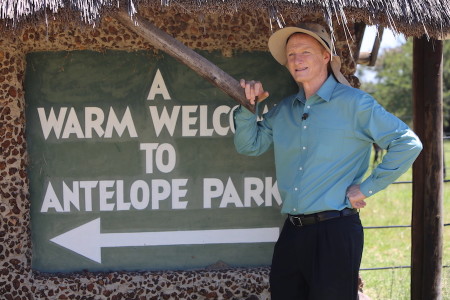 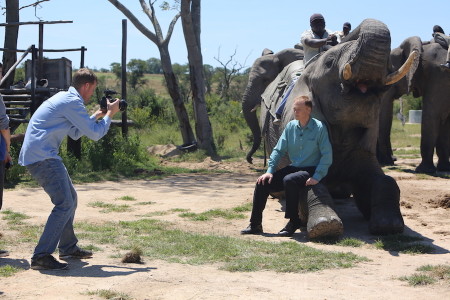 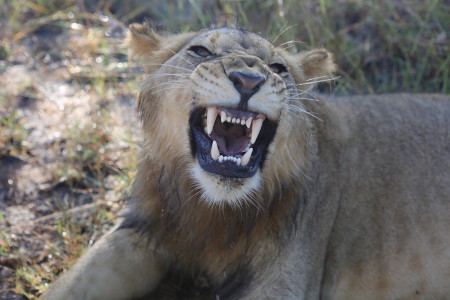 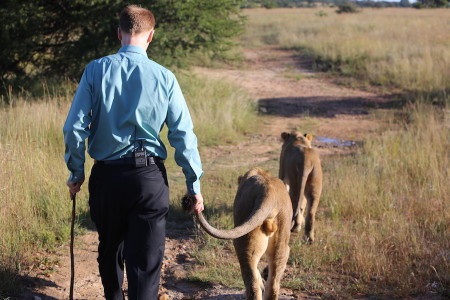 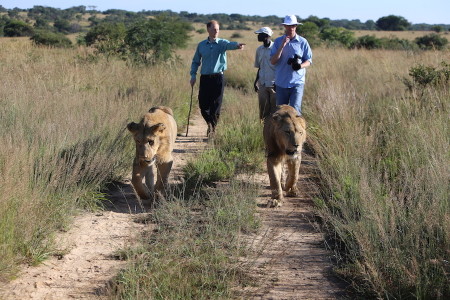 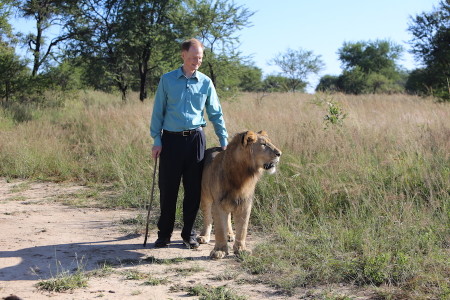