A friend’s daughter died a couple of days ago. She was eight years old.

We’ve been praying at the office lately for a little girl with brain cancer, and recently for another little girl—an infant—who has a particularly rare, aggressive cancer that one might expect would take her life.

Terrorists have orchestrated mass killings recently in Paris and Bamako and nobody believes we’ve seen nearly the worst of what is expected.

The truth is, life is gritty. Not even the Bible provides neat, pithy answers for the realities of life lived in a sinful world.

No, we don’t choose to wallow in our problems and one has to believe that optimism is nearly always appropriate. The world has come through crisis after crisis and has managed to keep its head above water. Here we are again this year, settling in with our mashed potatoes (yum!) and cranberry sauce (not yum!) and green beans (green beans…) and turkey (or turkey-like substance), enjoying family, visiting in-laws and grandchildren and parents, grateful for a day to exhale.

And yet the world is not well. And we know it.

The truth is we’ve never been promised a world without problems or personal pain. In God’s first conversation with the fallen human family, He promised enmity would undergird the experience of humanity from that time on. His words have proven to have been painfully accurate.

So how are we to be thankful this Thanksgiving? How are you to be thankful when your infant daughter is fighting for her life? Or how does a family unexpectedly bereaved of a nearly nine-year-old princess find it’s way to the point of thanks? Let’s not pretend there are easy answers.

Consider Acts 14:27. And keep its context in mind. In the same chapter a group of unbelievers had split a city down the middle so that half the people were not only opposing Paul’s work but were actively seeking to have him killed; the people of the city tried to offer sacrifices to Paul and Barnabas, and Paul was actually stoned, his body dumped outside the city where he was left for dead.

Acts 14:27 says, “Now when they had come and gathered the church together, they reported all that God had done with them.”

In spite of hostility, brutality, rejection, and persecution, “they reported all that God had done with them.”

It is not alarmist to suggest our planet is sliding from bad to worse. Neither is it unreasonable to live in hope because Jesus is soon returning to this Earth to put an end to sin and pain and welcome us into eternity.

We really do have much to thank God for, most of all that God is in our midst. Paul had it right when he said in Romans 8:38, 39, “For I am persuaded, that neither death, nor life, nor angels, nor principalities, nor powers, nor things present, nor things to come, nor height, nor depth, nor any other creature, shall be able to separate us from the love of God, which is in Christ Jesus our Lord.”

It’s possible your world has been shaken recently. If it hasn’t been, it will be. But as long as God is on His throne and Jesus is returning to this Earth, we have everything to be thankful for. 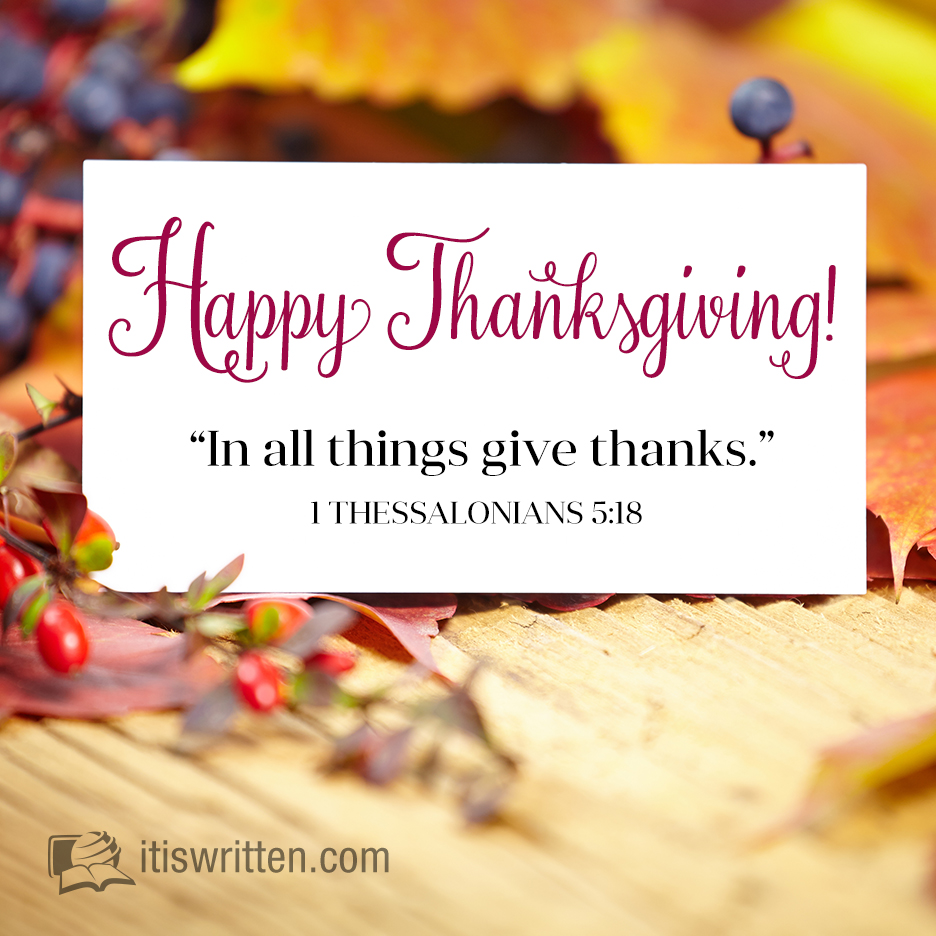