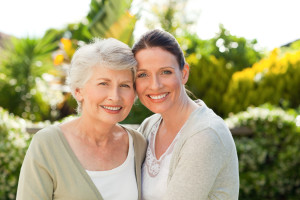 Another Mother’s Day has come and gone. Visits have been made, the special lunches, breakfast in bed, long-distance phone calls, family gatherings… and hopefully the glow hasn’t yet worn off. My family and I were traveling this Mother’s Day, and we overheard many Mother’s Day phone calls between various people and that special mother in their lives.

In 2 Samuel 20, the Bible talks about a “wise” mother in Israel. The city of Abel-bethmaachah was in jeopardy. A rebel loyal to the former King Saul was being pursued by Joab, the leader of David’s armies, and the rebel—Sheba—was hiding there. Joab arrived in town determined to kill Sheba, and as long as he was in Abel-bethmaachah, the entire city was in danger.

An un-named mother in Israel realized that her life was in danger, her city was in jeopardy, and therefore her own children were imperiled. What do you do when your children are in danger? This mother, like most mothers would, decided that she’d do whatever it was she had to do. And so she said to Joab, “Watch, his head will be thrown to you over the wall.”

Grim, for sure, but think about what had to have gone through her mind. “This Sheba’s a scoundrel, and he’s endangering us all. And the only way we’re going to turn this around is by convincing Joab that the man is dead. And we won’t be able to convince him without proof. And so that means…” You can imagine her thinking this through, and she realized how awful this was going to have to be. Mothers give life, they don’t take it. For anyone to take a life… you’ve got to cross some pretty significant mental and emotional bridges in order to make it happen. This wasn’t a warrior in Israel, or a soldier in Israel. She was a mother in Israel, but her people were in danger. Her children were in danger, so what did she do? She did what she had to because she was a mother.

Notice how verse 22 puts it. “Then the woman in her wisdom went to all the people” The details of what had to have been a difficult conversation aren’t recorded in the Bible, but the end result is. “And they cut off the head of Sheba the son of Bichri, and threw it out to Joab.” We’re not told how she communicated this to the people, but by the time this episode is over, Sheba has met with a very unfortunate end. And after all this, Abel-bethmaachah was safe. Joab never entered the city, and the people—including the children—were left in peace. 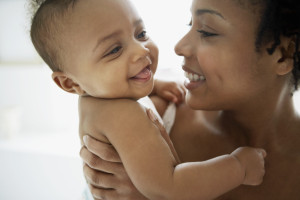 That was a tough call. And very obviously I’m not recommending anyone imitate what this woman did. But this was a desperate time and it called for desperate measures. And it was a mother in Israel who stepped forward and said, “We have to preserve our people, our children, and I’ll do whatever needs to be done to make that happen.”

And that’s what mothers do. They nurture their children in a thousand different ways, they give and give and give of themselves, they aren’t paid for what they do as mothers and their work is more often than not unrecognized. They’re the glue that keeps thousands of school committees and volunteer organizations and children’s groups and sports clubs and who-knows-what-else held together, when they often don’t have time and when they could be doing other things or pursuing other interests. Mothers do what they do because… well, because they’re mothers. It’s what mothers do. That’s what God has placed in their hearts.

My own mother is a phenomenal human being who raised seven children, and was simultaneously a nurse, counselor, chauffeur, mediator, psychologist, companion, caterer, financier, doctor, tailor, playmate, motivator, nurturer, educator, decorator, referee, chef, and a thousand other things. True, Dad played a major role, too. I was blessed with two parents who were very involved in my life. But I only had—and thank God, still have—one Mum. Among all she has been, “friend” is probably the greatest of all.

So we recognize mothers a day a year. But we can do better than that, surely. Along with buying flowers or cooking breakfast or taking Mum out to dinner or whatever it might be on Mother’s Day, make sure that’s not the only time you do it. And tell your mother often, “I love you and appreciate you and don’t say thank you often enough.”

Adapted from “A Mother in Israel”, from It Is Written television. Watch it here http://www.itiswritten.com/television/episodes/9719