As spring begins to emerge from the cold of a northern winter, hope is springing up in the hearts of many people in Alberta’s ‘Gateway to the North’.

A three-year-long citywide evangelistic project is reaching its crescendo as John Bradshaw, Speaker/Director of media evangelism ministry It Is Written, presents Revelation Today, a month-long study of many of the major themes of the Bible. Conducted in partnership with more than 20 local churches and companies, the secular city of Edmonton is experiencing an exciting harvest, the result of several years of careful sowing and cultivation.

While the series continues until May 9, four new church plants have already been established, two of which are working directly with It Is Written’s Revelation Today series. 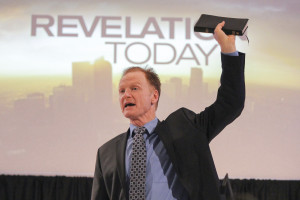 “While Edmonton is known as a difficult city to reach with the gospel, we’ve seen here an openness, a strong response to the invitation to know and accept Jesus,” John said. “The churches have been working for some time and the seeds that have been sown are starting to grow for the Lord.”

Yves Monnier, Director of Evangelism at It Is Written, is encouraged by the strong emphasis on planting new churches in Edmonton.

“Many of those who are attending Revelation Today will become involved with the new church plants,” he reports. “By the time the series is over, we hope each church will have over 100 members.”

During the first week of the Revelation Today meetings, Fountainview Academy Orchestra and Singers have been blessing seminar guests with outstanding music.   During the day the students have visited Edmonton’s Light Rail Transit stations and invited people to attend the series, as well as inviting others through street ministry in Edmonton. Numerous people have attended Revelation Today on the strength of these invitations alone. 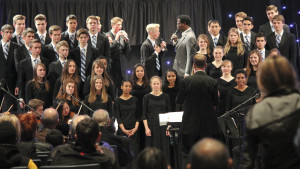 Keith LaRoy, Outreach Coordinator in Edmonton, has been managing a team of seven full-time Bible workers and assisting pastors and churches during this three-year project. He feels that the Revelation Today series has come at the perfect time in Edmonton.

“This city is young and affluent compared to the national average. As a result, the vast majority of folks are just not interested in spiritual things,” Keith said. “Politically, economically, socially, religiously, I believe that this series could not have better timing. Nothing has ever been done like this before in Edmonton. We sense that God is trying to get people’s attention in this city.”

Bible study enrollment cards have been distributed throughout Edmonton, and to date nearly 300 people have already been baptized. Attendance at the meetings is flourishing.

Many of the Bible workers have reported providential and positive experiences. There have been many encouraging testimonies as to how the Holy Spirit has been moving in the It Is Written series.

As spring heralds new life, new life is being experienced by many who are responding to the invitation to know Jesus personally. Thank you for praying for the work in Edmonton, for Pastor Bradshaw and the nightly messages, and for the many who are finding hope in Christ in preparation for Jesus’ return.