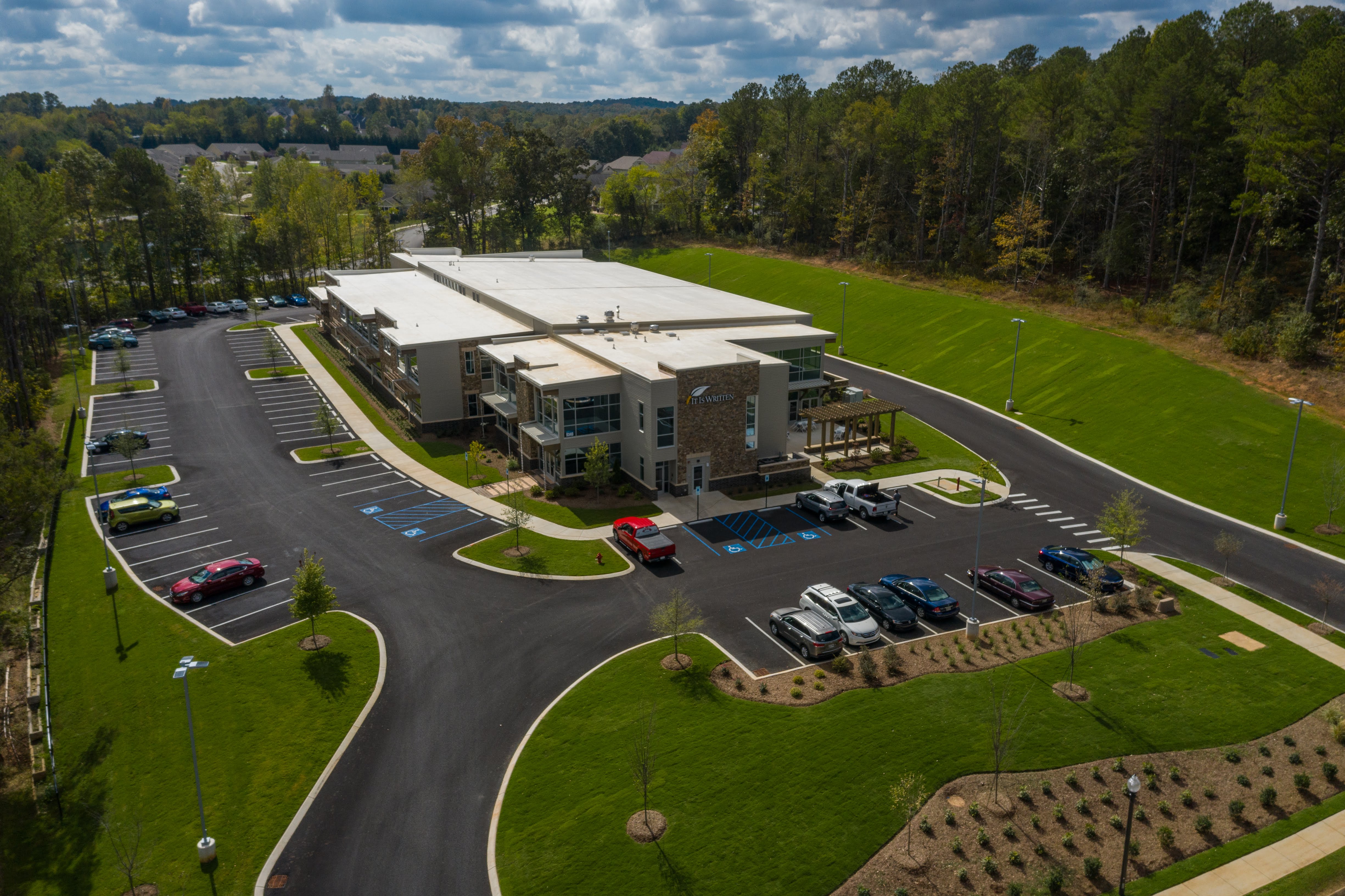 It Is Written will host a grand opening of its new ministry headquarters in Collegedale, Tennessee, on Friday, November 22, 2019, from 12:00 to 3:00 p.m. The event will feature a dedication, a ribbon cutting, an open house, ministry tours, giveaways, and refreshments. Speakers will include John Bradshaw, president of It Is Written, and representatives from the local community, Southern Adventist University, and the Southern Union Conference of Seventh-day Adventists. It Is Written invites ministry supporters as well as anyone who is interested in learning more about It Is Written to attend.

After 63 years, It Is Written finally has its own home. Previously headquartered in California, the ministry moved to Tennessee in 2014 and began leasing separate office and warehouse spaces in Chattanooga. After two years of construction, staff moved into the 41,000-square-foot building in September. The new headquarters employs over 40 local residents and allows for office, studio, and warehouse space to all be under one roof. The space greatly expands and improves the efficiency of studio capabilities and provides room for future growth.

“Another major advantage is the increased ministry effectiveness this move brings us,” said John Bradshaw. “We can not only do more than ever for God, but we can also now be more efficient than ever.”

The grand opening will take place at 9340 Four Corners Place, Collegedale, Tennessee. The building site was originally slated for a hospital, but red tape curtailed the plans. Several property owners later, It Is Written is humbled to offer hope and spiritual healing to people around the world from its new headquarters.

To view past construction updates, purchase a commemorative brick, or donate toward the completion of the project, visit itiswritten.build. For questions, email [email protected] or call 800-479-9056.