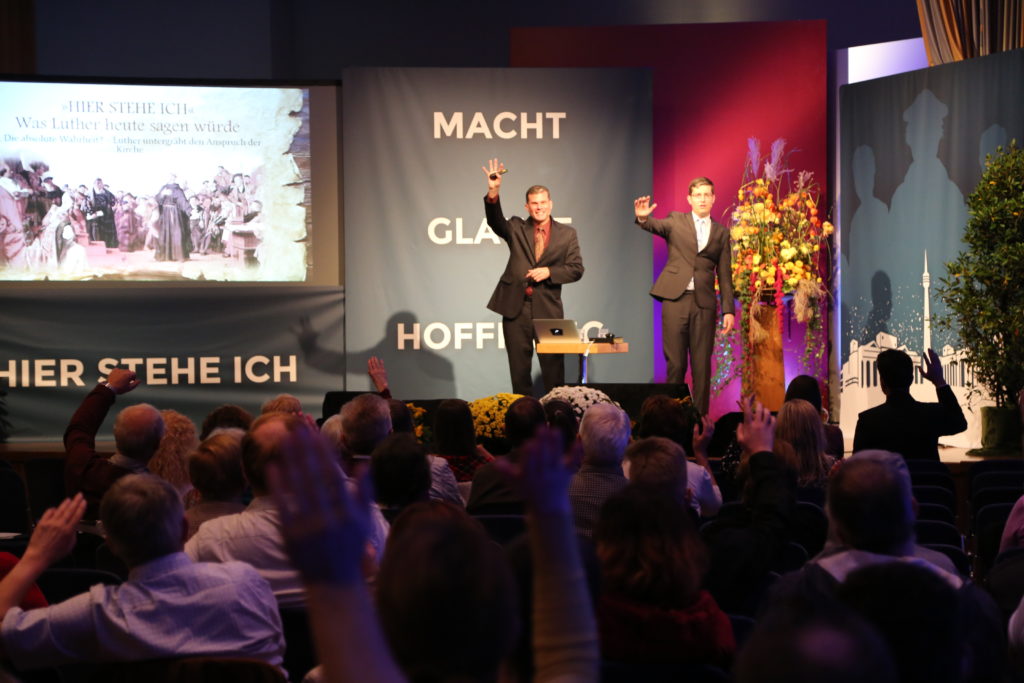 In April 1521, Martin Luther stood before a crowd in Worms, Germany, when he courageously asserted his position regarding salvation by grace. He concluded his discourse with these unforgettable words: “Here I stand; I can do no other. God help me. Amen.”

About 500 years later and just barely two hours from that very location, another man—albeit not as well known—is also boldly proclaiming the same message before a crowd. The man is It Is Written Associate Speaker Eric Flickinger. The place is the city of Stuttgart, Germany, and the name of this series is, “Here I stand: Power, Faith, and Hope.”

On a nightly basis, Pastor Flickinger is opening God’s word and essentially repeating the message that shook the world 500 years ago and started the Protestant Reformation. Even though millions of Germans will be celebrating the 500-year anniversary of the nailing of the 95 Theses by Martin Luther on October 31, most people don’t know the story behind their folk hero. Through a very energetic translator, Christopher Kramp, Pastor Flickinger is sharing that story plus a lot more. 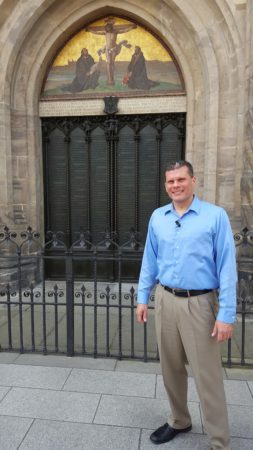 So far, a very consistent crowd has shown up to hear the messages, 25 percent of the attendees are people are hearing these Bible-based messages for the very first time. One white-haired gentleman sat right in front of Pastor Flickinger and soaked in every word coming out of his mouth.  At the end of the presentation, he was in tears because for the first time in life he started believing that there was such a thing as absolute truth. All his life he wandered and wondered about right and wrong. Now, no more.

One of the most exciting parts of this project is that most of the organizers and volunteers are young people in their twenties. This old message is one that thrills them and it’s one they want their friends and neighbors to hear. Just like Martin Luther turned his world upside down, or right side up, It Is Written is committed to doing the same in the 21st century. Keep Pastor Flickinger, the whole team of volunteers, and, of course, the guests in your prayers. Miracles are happening in Germany.