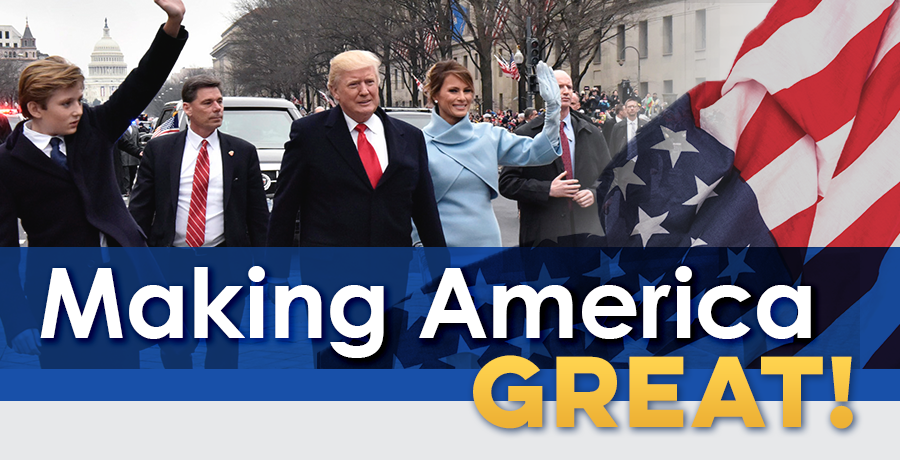 The inauguration has come and gone. President Trump has officially set out to “Make America Great Again!”

However, like every president before him, President Trump faces challenges that legislation alone won’t be able to solve.

A president is in a tough position. It’s the president’s job to set high goals for the country.  No president would ever stand before the world and say, “Realistically, we’re never going to be able to stop terrorism but we’re going to give it our best shot.” Or, “We’re always going to have people on welfare but at the very least we might be able to get some folks back into work, and there’s a good chance we might be able to see crime rates inch down some.”

Instead, a president makes promises to stop crime, get people back to work and eradicate terrorism.  But how does something like that actually happen?

While political initiatives certainly make a major impact on society—and while it is right for politicians to do their job and plot what they see as the best course for a country—the actual solution to the problems faced by America is identified in God’s Word.

The wise man wrote long ago, “Righteousness exalts a nation, but sin is a reproach to any people” (Proverbs 14:34).  Isaiah 32:17 says, “The work of righteousness will be peace, and the effect of righteousness, quietness and assurance forever.”

Experience has taught us that you simply can’t legislate a country out of sin and into righteousness, out of crime and into order, out of chaos and into peace.  The reasons crime exists at all go all the way to the human heart.  The United States is one of only four industrialized countries that imposes the death penalty.  In 2015, the only countries to execute more people than the United States were Iran, Pakistan, and Saudi Arabia.  Yet few people would claim the death penalty is a deterrent against murder.  The murder rate in states which do not have the death penalty is lower than in states which do.

Politicians absolutely must do all they can to steer a country in the best path.  But God’s Word is clear.  “Righteousness exalts a nation.”  Meaning people who really care about their country will live in connection with God, enabling the blessing of God to flow into and through their lives for the benefit of the country as a whole.  While the congress and senate will do all they can to better the country, God alone is able to make a country all it can be.  “Righteousness exalts a nation.”
Presidents, senators, and members of congress have been elected to lead.  But the only way to prosperity and peace for the United States is the conversion of the heart, which comes from a reliance on God and His Word and a total surrender to God’s will.