The God of Daniel chapter 2 is alive and well in Mongolia!

Some of the drivers transporting the It Is Written volunteers to their work sites are non-Christian. That’s the case for Orgil, the driver for the team going to the orphanage. If you think this name looks hard to pronounce, trust me, it’s even harder when you hear a Mongolian say it with all throat sounds involved. Consequently, our young volunteers decided to give Orgil an English name: Liam. Our driver loves the name and tells everyone now that his name is Liam. Liam, who speaks a fair bit of English, has connected so well with the group that he has become more than just a driver, he’s become a helper and translator at the orphanage.

In the evening, the orphanage group attends the It Is Written Bible meetings at one of the churches. Of course Liam drives them there and instead of simply waiting in the van, he himself has started attending the meetings to the delight of everyone. Yesterday, Liam made a startling admission to one of the volunteers. He explained that a few weeks ago he had a dream that he thought nothing of at the time. In that dream he said that a group of people would give him a new name, an English-sounding name. In that dream he also saw the very logo that It Is Written uses. Wow! If that doesn’t give you chills?! The God of Daniel chapter 2 who powerfully revealed the future in a dream is at work in the life of a young man in Mongolia.

Please pray for Liam as we prayerfully continue to witness to him. One of our other drivers is also becoming very interested in what we are teaching from the Bible. We thought we came to minister to the poor, sick, and destitute of Mongolia, but maybe we actually came to minister to our drivers. God is good. 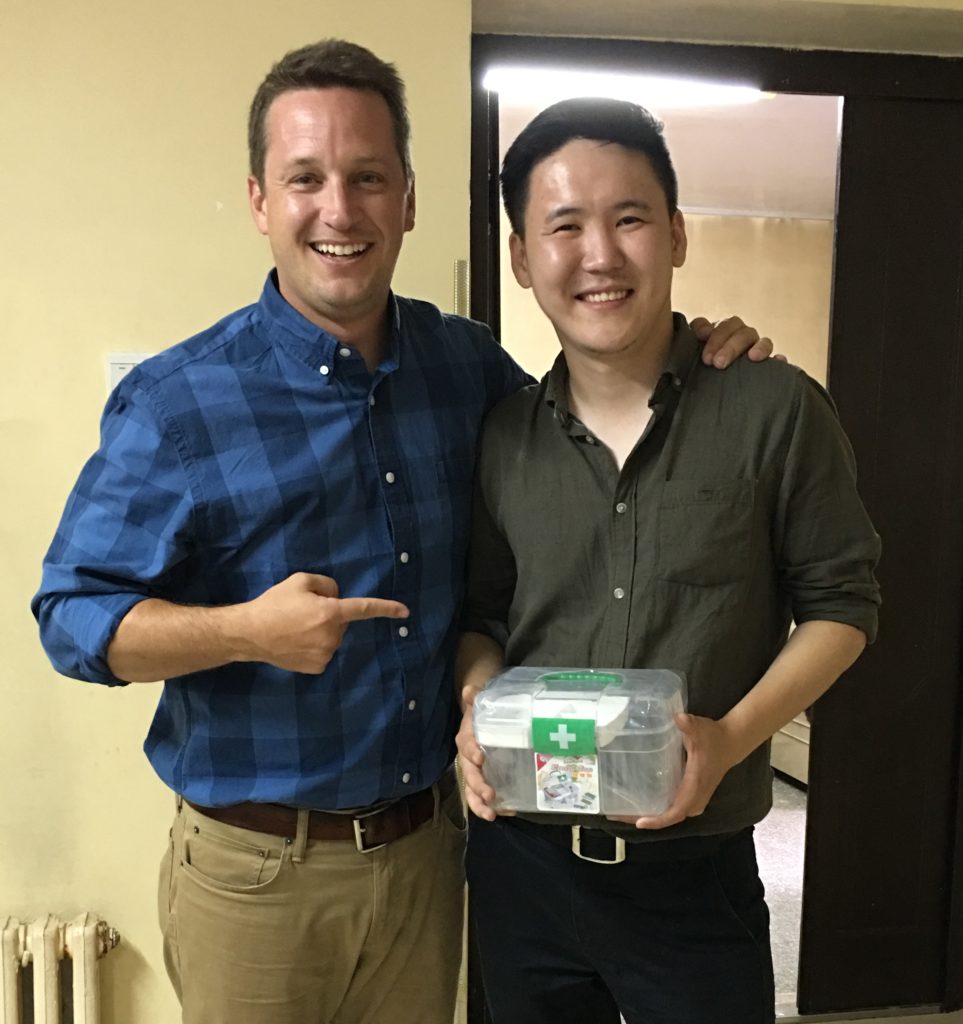 One of our volunteers Jamey, left, with Liam.