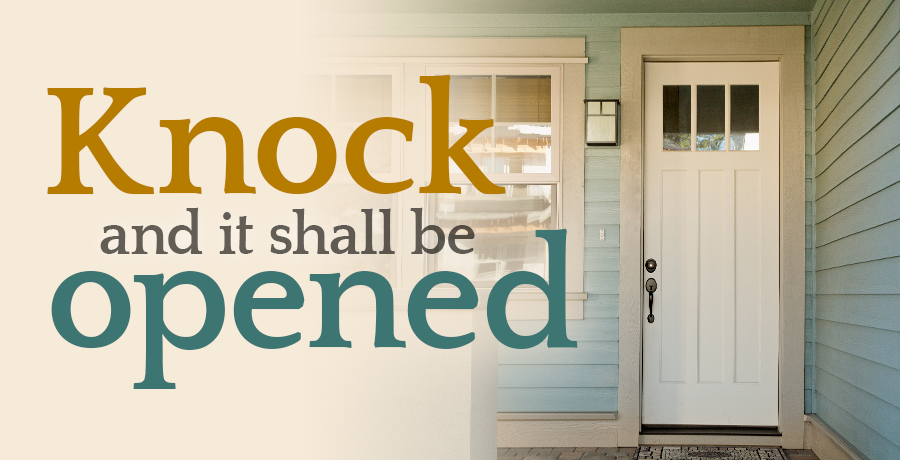 Before Jesus left the Earth, He commissioned His disciples to “make disciples of all nations, baptizing them in the name of the Father, and of the Son and of the Holy Spirit.” The church’s God-given mission is clear: Evangelism. Of course, evangelism takes on myriad forms. The definition of evangelism I receive when I googled the term was, “the spreading of the Christian gospel by public preaching or personal witness.”

The word “evangelism” used today comes from a Greek word meaning “messenger”—the same Greek word from which we get the word “angel.” An “evangelist” in ancient times was a messenger who brought a message of victory or of some other political of personal message that brought joy. Looking at it through that lens, the meaning of our modern word evangelism becomes clear—and attractive.

I’ve asked many groups what they think are the main reasons that more people don’t share their faith. The two main reasons I’ve heard over the years are, that many believers don’t feel as though they know enough to be able to confidently share with others, and—perhaps more significantly—the fear of rejection.

Nobody enjoys having someone reject what they have to say. But it’s worth knowing that there are plenty of people in your neighborhood who are willing to say “yes” rather than “no” to an invitation to know more about the Christ of the Bible.

Keeping in mind the “myriad forms” of evangelism that exist—not only public preaching but also personal witness—It Is Written teams have been blessed recently to see that there are still many people who are willing to study the Word of God.

A recent It Is Written evangelism emphasis event—called Spark—in Arden, North Carolina, resulted in dozens of people in the local community requesting Bible studies. It Is Written Associate Speaker Eric Flickinger shared with church members about the difference one person can make in sharing Jesus with others. After It Is Written’s Spark training and the church service, more than 30 church members were trained specifically how to reach the community through door-to-door work. After dividing into teams they went into the community to practice what they had just learned. When they returned, they had exciting stories to tell.

Kathy was amazed and encouraged that after only half an hour of door-knocking she had visited six homes and come away with four Bible studies. With an enormous smile on her face, she exclaimed, “I’m hooked! Can we do this again next week?”

Susan was apprehensive about joining an outreach team but assisted as a silent prayer partner. When the teams returned and gave their reports, Susan was all smiles as she said, “I’m so glad I finally did this!”

Two 17 year olds decided to knock at “just one more door.” And it was at that door where they found the Bible study that God had waiting for them.

Still other teams shared how they came across scores of children in a nearby neighborhood who would be perfect to invite to church camp and vacation Bible school, so discussions began about starting a van ministry to make it possible for them to attend.

Reflecting on the weekend, Pastor Eric Bates said, “It’s easy for us to compartmentalize and think that sharing Christ is better done by someone else—the pastor, an evangelist, or some other ‘professional,’ or someone who is more extroverted than we are. What we learned during our weekend of hearing and doing is, all you need is a willingness to be used. God does the work. In fact, God’s been there before we even knock on the door and we are just a point of connection; connecting God seekers with His Word and He does the rest.”

In all, 11 teams went out into two territories on Sabbath afternoon. At the end of only 30 minutes of outreach, the church ended up with 24 new Bible studies, the possibility of a new outreach ministry, and a team of members who can’t wait to go out and do it again.

And lest you think 24 Bible studies in 30 minutes was simply lightning in a bottle, similar events in Kennesaw, Georgia, and Chattanooga, Tennessee, on following weeks yielded similar results. In Chattanooga, 42 Bible studies were signed up in one hour. Churches energized and excited, and people receiving Bible studies.

If God is calling you to share your faith with others, do so. And expect God to do in your experience what He is doing in the lives of others. 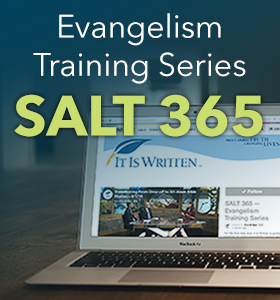 If you would like to receive FREE It Is Written outreach training, check out the new SALT 365 program. Free, online training videos, on a variety of topics, you can watch at your own pace: saltevangelism.com