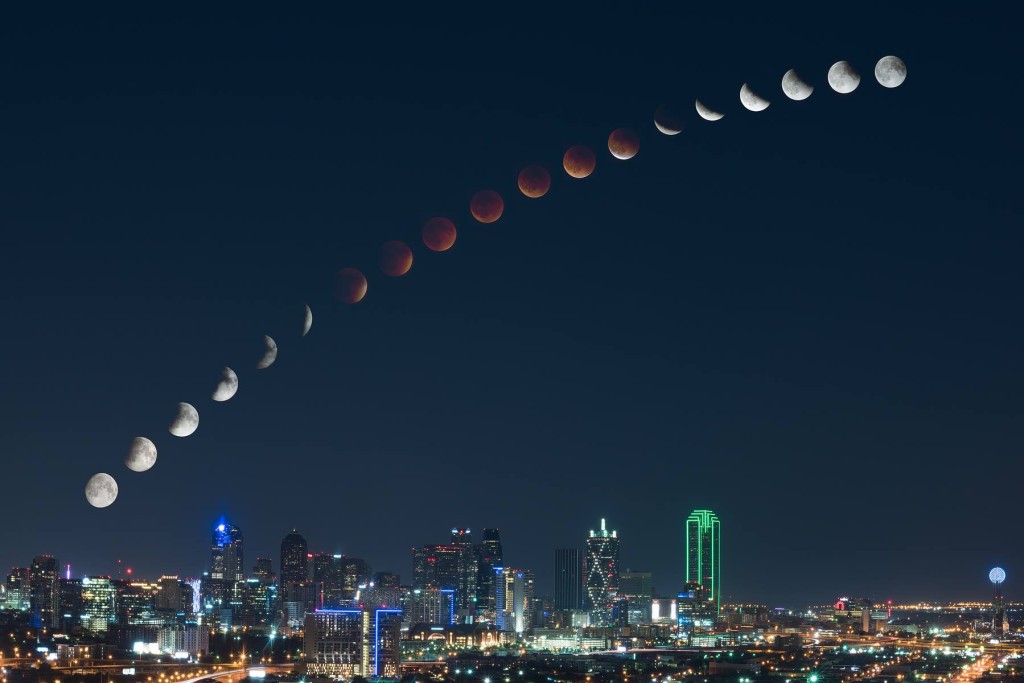 P.T. Barnum never actually said it, although one doubts that he would have argued with the premise.

Around 1870, a group of businessmen with somewhat compromised principles attempted to convince the paying public that a statue they had created was, in fact, a petrified, pre-historic human being. Experts dismissed the hoax for exactly what it was, but among those who defended the authenticity of the ‘giant’ were theologians and preachers. The existence of a 10-foot tall giant from pre-historic times suggested giants once lived on the earth, ‘validating’ Genesis 6:4 which, they said, suggested that very thing.

In reference to Barnum’s role in the Cardiff Giant hoax, David Hannum stated, “There’s a sucker born every minute.” The recent talk about the supposed Biblical significance of blood moons has again demonstrated exactly the same thing.

Perhaps Christians are especially prone to frauds and hoaxes. To begin with, we believe in the supernatural. We believe in things we don’t see, even remarkable things which, for unbelievers, stretch the boundaries of credulity. Grandma was really that sick and then miraculously revived in answer to a simple prayer of faith? The Christian would rightly answer, “Yes, indeed!” As a group, we Christians are very open to the unusual and unexplainable.

A friend of mine told me about the time he became lost while hiking in the woods. While following a stream out of his predicament, he became disoriented and was overcome by extreme cold. After praying God would provide some way to keep him warm, he looked over to the bank of the stream and found a pair of abandoned fishing waders. Unbelievable. Unless, of course, you believe. And Christians believe.

Many Christians have a worldview that is heavily influenced by prophecy and prophecy, at times, can be difficult to understand. The Bible suggests the end of the world is coming, that Jesus will return, that in Earth’s final days a strange beast will affect society and a mark will be enforced upon almost every living being. In an effort to understand these strange passages of Scripture, it’s virtually impossible for a believer not to be exposed to fanciful interpretations.

We want to believe. And we want to believe the great, the magnificent, the sensational. That is likely why Christians continue to send money to preachers who promise that the prayer mat they offer is going to enhance their relationship with God. Or that a container of holy water is in some way going to draw a person closer to the Almighty. It would seem that no one could possibly deduce from Scripture alone that the donation they send to any given ministry is, in actual fact seed, which will result in a harvest one hundred times greater than the amount sent.

It would seem that way but Christianity is still riddled with snake oil salesmen and a gullible public willing to support them. A preacher who sets a date for “Judgment Day” should only be ignored (and prayed for). But certain believers believe and the world watches on while the eye of Christianity is blackened.

Which isn’t to say people shouldn’t be entitled to believe what they choose to believe. They most definitely should. And they most definitely do. Some Christians pray to dead people. Others believe a God of love is going to burn people in hell forever (which is an especially long time). Some believe in confessing sins to a human priest who claims heavenly authority to forgive sin. Others insist that when Jesus returns many believers will disappear, leaving behind unsaved masses who will live through a time of terrible crisis. There are still churches where otherwise perfectly reasonable people handle rattlesnakes due to what they believe to be a mandate from God. And so it goes. But why do people believe what they believe? What makes it possible for some people to believe not only the unbelievable, but also the irrational?

Which brings us to blood moons.

After conducting a funeral service several weeks ago, I was approached by a lady who told me with great conviction that it was all going to happen on September 23. I wasn’t sure exactly what “it” was, but she made it clear this was something to do with judgment and the economy and the end of the world. She exuded confidence. “Well, one thing is for sure,” I told her. “We’ll soon know if your prediction is accurate. And if it doesn’t happen?” I asked. She recited a carefully prepared answer that left her feeling far less confused than she actually sounded. One didn’t need to be a scholar to know there was no light in her ludicrous claim. This was snake oil. A prayer mat. Seed money. This was a Cardiff Giant.

I was told growing up that deaths came in threes. At times it definitely seemed to be that way in our little town. But whether true or not regarding death, it certainly seems to be true of bad predictions. At least, it has been lately.

Bad prediction number two dealt with the papal visit. Pope Francis is an incredibly influential man, and the church he leads is not only the most influential church in the world, but also (it could be argued) the most influential nation. I shouldn’t have been surprised at the amount of times I was told that during his Apostolic Journey to the United States the pontiff would make an announcement of prophetic, game-changing proportions. While it is certainly true that the iron-fisted rule of the popes of yesteryear was characterized by dramatic and even draconian pronouncements, the People’s Pope was on an altogether different mission to the United States. While his predecessor appeared to have been carved out of ice, Francis emanates likability and kindness. His smile could light up a room and his demeanor is equal parts kind uncle, family friend, and Mr. Nice Guy. His six-day American charm offensive was never going to be about saber rattling. The day after he left the U.S. a CNN.com headline read, “How the Pope Brought us Together.” Those who hyperventilated prior to Francis’ week in the U.S. are now left saying, “Yes, but…” Yes, but your judgment was terrible. You banged the drum and sounded the alarm and tried to convince us that the sky was falling. It wasn’t. It’s still very much there. For now.

And then there was the blood moon. Or judging by the sheer volume of speculation and hype, The Blood Moon. The moon turning red due to lunar eclipse—a very rare event—coincided with the Biblical Jubilee year. The whole sorry exercise was little more than a demonstration that while Christians know the end of the world is coming, many know precious little about the Biblical signs pointing to the event, and less again about the prophecies that actually inform it.

Why are believers in Jesus such easy prey? In asking that question, I don’t want to be like the scholar who, in the aftermath of the Waco siege, defined a cult as being essentially any Christian group who didn’t agree with his understanding of the Bible. It’s okay to be wrong. Even the disciples didn’t understand some of Jesus’ plainest statements. But it’s curious, isn’t it, when Bible-believing Christians are led to believe entirely unbiblical speculations? How did people arrive at the conclusion that the economy was going to crash on September 23? Or that the pope was going to push the world towards doomsday? Or that a red moon was ushering in the end of the world? It certainly wasn’t through careful Bible study.

Which makes you wonder, how is it that Christians who claim to believe the Bible end up in such theologically divergent positions? Why is it that people pray to the dead? Why is it people believe in a seven year period of global tribulation? Why is it that earnest saints of God honestly believe sending a $100 check to that sincere man on television is going to result in a financial windfall and material prosperity? These positions aren’t the result of careful Bible study, because the Bible makes no such claims. These are Cardiff Giants. I remember talking to a dear lady who told me “that to be absent from the body is to be present with the Lord.” Together we read 2 Corinthians 5:8, the passage from which that thought is derived. “See?” I asked her. “It doesn’t say that at all. It’s just not there.” She stared at the Bible. She stared a little longer. She blinked. And then she said, still staring straight ahead, “Well, it must be somewhere else in the Bible. Our preacher read it just last Sunday.” He said it, maybe, but he never read it. Another blood moon.

We want to believe, but we evidently don’t want to read our Bibles to see if what we’re basing our beliefs upon is fact or fiction. It’s easier, especially when dealing with subjects such as the Jubilee year, to simply take someone else’s word for it. We want to be able to trust our pastors and teachers, and so we do. Yet Christianity is the simplest thing in the world. If you accept the premise that the Bible is the word of God, all you need to do is base your beliefs on what you find written therein. If the instructions on the box say, “Don’t use this heater around water.” Then you don’t. If the instructions on the package say, “Microwave on high for two and a half minutes.” Then you do. If the Bible says blood moons and the Jubilee year are going to herald the coming of Christ, then so be it. But if the Bible doesn’t say such things—and it doesn’t—then you shouldn’t give such claims the time of day.

But as someone once said, “There’s a sucker born every minute.” Christians heard someone say—without any biblical basis—that the economy was about to melt down, and with eyes wide open they bought into the silliness and shared it with evangelistic enthusiasm. Believers heard someone claim Pope Francis was going to bare his theological fangs and press his foot down on the prophetic accelerator, and because so many trust without verification, the idea was widely accepted in certain circles. And all across the Christian landscape the cry went up that the blood moons were in some way a herald of the end of time, that these signs in the heavens were harbingers of the end of it all.

While it’s true the end will come; while there’s nothing more certain than the fulfillment of prophecy; while Jesus will return and the Earth will go through “a time of trouble such as never was since there was a nation” (Daniel 12:1), Bible-believing Christians stared into the phony face of the Cardiff Giant and declared with gusto, “He’s real!”

P.T. Barnum would have loved it.